I have a very hands-on mother, says Sara Ali Khan

The actress talks about her debut film Kedarnath, her upbringing, her commitment to keeping it real and lots more. 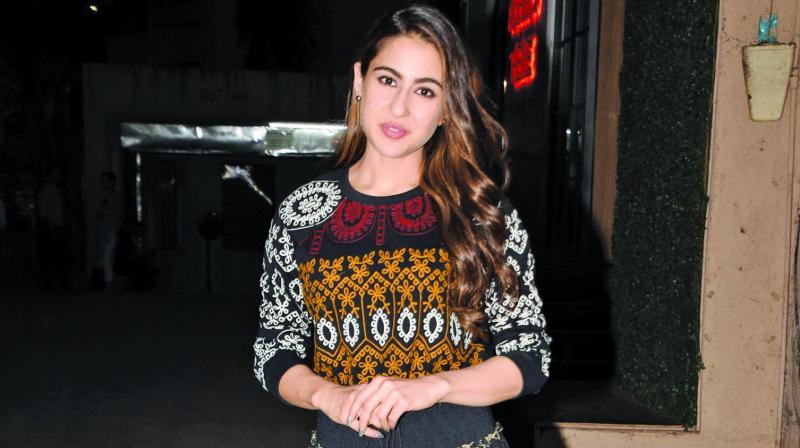 Though actress Sara Ali Khan has been receiving a lot of praise for her role in Kedarnath, the actress confesses that she doesn’t think of herself as a star. “I don’t think I’m a star yet. But I hope I get there someday,” she says. The actress also shares that she likes to stay grounded and honest to herself. When asked about her family’s reaction to her performance, Sara says, “The family cannot be expected to be objective. They are expected to be nice to me in whatever I do. After all, I am their daughter. But the way the reviewers, critics, and audience have reacted to me is overwhelming. This is a moment I am not going to forget ever in my life.”

The actress also reveals what it felt like acting in her first ever film. She says, “Kedarnath was my first experience working in front of the camera. Of course, I had been on film sets before to see my mother (Amrita Singh’s) shoot in Kalyug and my father (Saif Ali Khan) in Omkara, but all I did was play around with my parents’ co-stars’ makeup. Kedarnath was my first opportunity to observe filmmaking and be part of the process.”

Though Sara always wanted to be an actor, the young starlet says that she took her education seriously. Talking about her decision to study at Colombia University, Sara says, “To me, education was not a means to get a job. It was my way of widening my horizons. Education has made me a confident person. It gave me a heightened awareness of life, which has helped me become a better actor."

The conversation takes a candid turn as the actress talks about her childhood, which saw her spend more time with her mother than her father. “I was more than okay with that arrangement. I think having two happy parents in different homes is much more preferable than two unhappy parents in the same home. I think I am the way that I am because my mother didn’t let me feel any kind deprivation for even a second. I have a very hands-on mother,” reveals the actress, adding that her father too made his presence felt in more ways than one. “When my father was living with us, he was completely taken up by me. When he moved away, he was still as caring. There’s nothing he wouldn’t do for me. Even when he doesn’t live with us, the thought that he’d do anything for me makes me feel very special,” shares the actress.

Known for her forthright demeanor, Sara also shares her thoughts on the media’s habit of pitting her against her peer, Janhvi Kapoor. “Such comparisons are inevitable. But it is her job to do her own thing, and mine to do my own thing. And it’s some people’s job to compare us. We’ve to respect everyone’s job,” she says.