Video: Race 3 is produced by Salman Khan and has a Dhoom connect

‘Race 3’ is in the news for various reasons – for Salman playing a grey shade or Anil’s leaked look. 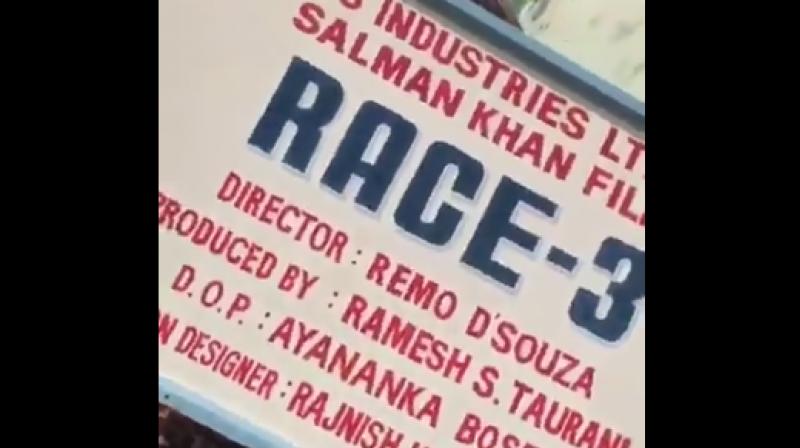 A screenshot from the video on 'Race 3' sets.

Mumbai: Remo D’Souza directorial ‘Race 3’ is in the news for various reasons – be it for Salman Khan playing a grey shade or Anil Kapoor’s leaked look.

Now a video from the sets has made its way to the internet and looking at the video, it will be safe to say that the movie has a ‘Dhoom’ connect.

‘Race 3’ actions will be performed on a bike, just like the ‘Dhoom’ series. Here’s a glimpse of the bike:

The movie is produced by both Ramesh Taurani (Tips) and Salman Khan (SKF). It will also star Jacqueline Fernandez, Bobby Deol, Daisy Shah and Saqib Saleem in pivotal roles.