Did Rani Mukerji ask Salman Khan to skip marriage and have babies?

The whole world wants to witness Salman Khan’s marriage, but looks like Rani Mukerji isn't interested in it. 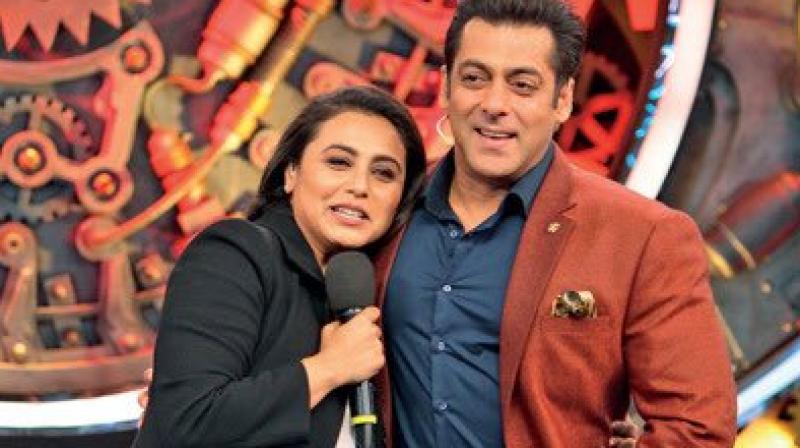 Mumbai: Salman Khan’s marriage is what the whole world is waiting to witness, but looks like his on-screen actress Rani Mukerji is not interested in his marriage.

But Rani seems to be super interested in Salman having a child, especially so that her little daughter Adira has a companion.

A source told Mid-Day, "Rani told Salman that he should avoid getting married, and simply become a father. She went on to add that Salman's kid could be a companion for her daughter, Adira." The actor, the source said, insisted that Khan's child be "as good-looking as him." When Salman questioned what would happen if the child resembled a not-so-good-looking mother, the duo simply burst out laughing.

Salman and Rani were last seen on the big screen in ‘Baabul’ but recently the actress came to promote her movie ‘Hichki’ on Salman’s TV show ‘Bigg Boss 11’.