When reel tragedy began to take a toll and his heart and mind became heavy with gloom, the actor had to consult a psychiatrist. 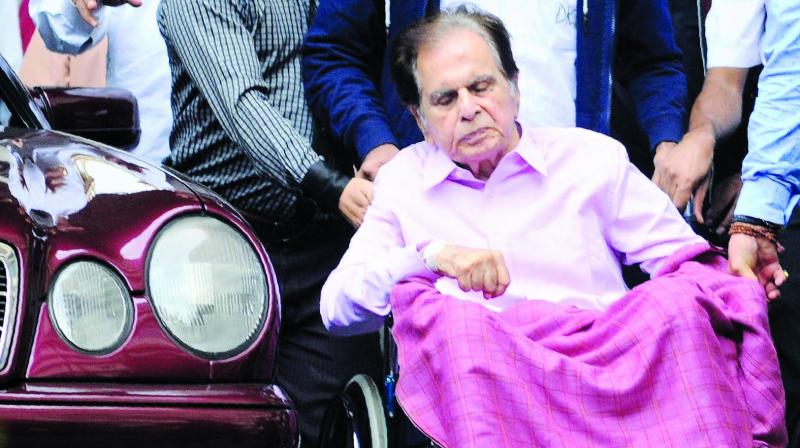 Thanks to his acclaimed work in emotionally charged films, Dilip Kumar’s tag as the ‘Tragedy King’ of the Indian film industry came at a personal cost: he started experiencing those feelings in real life too!

When reel tragedy began to take a toll and his heart and mind became heavy with gloom, the actor had to consult a psychiatrist.

“Dilip Saab was called the Tragedy King of the industry as what he most acted in were tragedy films. He started feeling over emotional and began experiencing tragedy feelings in real life,” director David Dhawan revealed in a media interaction.

He adds, “His mental condition started getting affected, after films like Devdas, etc. So much so that Dilip Saab had to be taken to a psychiatrist who then advised him to stop working in tragedy genre films and work in films with lighter content.”

The actor obviously took the doctor’s advice seriously and began working in films with lighter content. That is how his films like Ram aur Shyam came to be about.

Dilip Kumar who is looked after by his wife, Saira Banu — a well known actress herself — turns 96 on December 11 and we wish him health and prosperity.