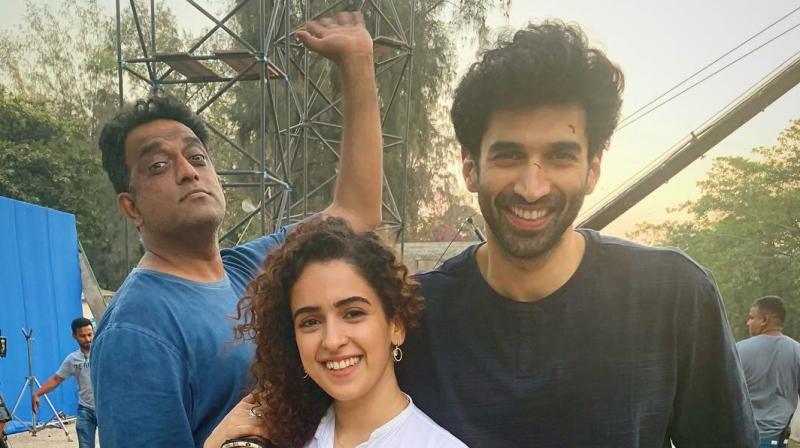 In Bollywood, actors work hard to ensure that they have inimitable chemistry onscreen. While Bollywood has given many jodis on-screen, starting from Rekha and Amitabh Bachchan, Shah Rukh Khan and Kajol to Aamir Khan and Juhi Chawla, and Varun Dhawan and Alia Bhatt, the new jodi to join the league may be Sanya Malhotra and Aditya Roy Kapoor.

The two will be next seen in Anurag Basu’s Ludo, and ever since their song from the film released recently, netizens haven’t been able to stop gushing over their sizzling on-screen chemistry.

Another user wrote, “@sanyamalhotra_ and @adityaroykapur , you both look perfect together.... Awesome chemistry.  After so long Bollywood got some fresh pair. Amazing (sic).”

A source close to Sanya shares that both the actors rehearsed very hard to look good on screen. “Sanya and Adi would come on the set and then they would be given details on their shoot. During breaks between shots, they’d rehearse because that was the only time that they got for practice. But the chemistry we see between Sanya and Aditya looks natural and sizzling even during spontaneous scenes,” adds the source.