David Dhawan hits back at critics

The filmmaker began his directorial career in 1989 with the Govinda-Sanjay Dutt-starrer Taqatwar, an action film. 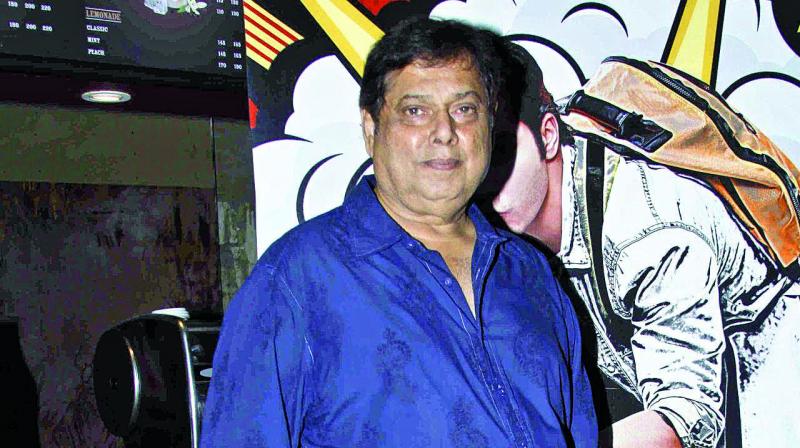 While critics have their own smirking take on David Dhawan’s Judwaa 2, the audience seems to be enjoying every minute of Varun Dhawan’s tomfoolery. David, however, has been laughing dismissively at the derisive reviews. “Let the critics have their fun. They are so cut off from real India. If they were right and I was wrong, I would not be making films any more. I would have been booed out of the business by now.”

The filmmaker began his directorial career in 1989 with the Govinda-Sanjay Dutt-starrer Taqatwar, an action film. Judwaa 2 is his 45th film. “To those out there who want to know why I don’t change my style of on-screen comedy my argument is simple: chalti gadi ka bonnet nahin kholte (you don’t open the bonnet of a moving car). When my so-called formula is being accepted wholeheartedly, why would I want to change my style of filmmaking? Would you ask have asked the late Manmohan Desai to change his pattern of filmmaking in spite of all his films being a success?”

David considers himself Manmohan’s biggest disciple. “I learnt everything that I know about filmmaking from him. He was a mentor. I owe my career to him. If I’ve lasted so long it’s because of  his teaching and blessings.”

The first Judwaa , starring Salman Khan, when it was released in 1997 was also trashed by critics. “Not a single review praised Judwaa. Now critics are calling it a classic while trashing Judwaa 2. So maybe when I make Judwaa 3,they will change their opinion about Judwaa 2,” he laughs.