The filmmaker, who would only work with Salman Khan and Akshay Kumar, is gearing up for Sushant Singh Rajput starrer Chhichhore. 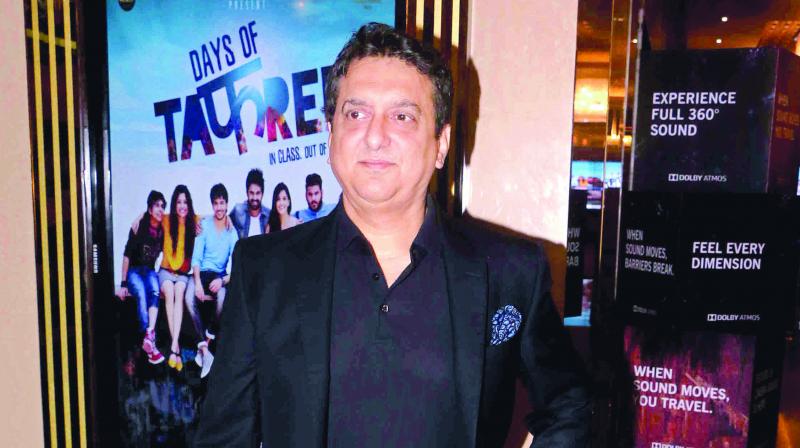 The filmmaker, who would only work with Salman Khan and Akshay Kumar, is gearing up for Sushant Singh Rajput starrer Chhichhore. “Director Nitish Tiwari was not sure if I will be ready to produce this film; he told me that we don’t need superstars, so I may not like to make this script. But now content is the king, so I made my choice” Sajid says.

Speaking about his relationship with Salman, Sajid recalls: “I remember Jeet, starring Sunny Deol and Salman Khan, which didn’t do very well. After that, when I signed Salman for Judwa in a double role, the media had written an article titled ‘Ek Salman nahi chala toh do do Salman kaise chalenge? (If one Salman didn’t work, then how would two Salmans do it?)”

Meanwhile, the 53-year-old reveals that he was in the same school as Akshay Kumar. “Akshay and I were good pals. We would sit on the same bench in the same classroom together for many years. We both went to Don Bosco School. In 1993, I decided to make a film titled Waqt Humara Hai, and then made back-to-back films with him,” he explains.

Slowly and gradually, Sajid moved into unchartered territory. “I started with Baaghi, in which I cast Tiger Shroff. And then with director Imtiaz Ali’s entry in our production, I tried totally different films like Tamasha etc,” he says.

He believes that the industry’s and the audience’s preferences have changed over the years, as both are now focused on content.

“Content is now the most import factor that decides a film’s success at the box office, so we as filmmakers are all trying different stories. Also, being passionate about films will help us sustain in this industry,” he explains.