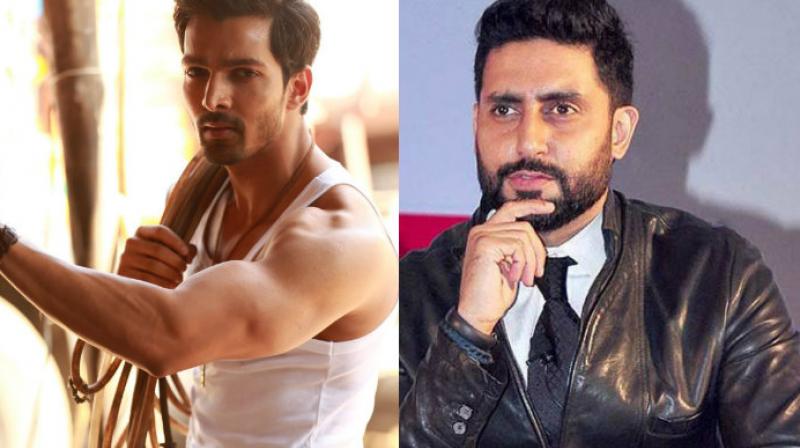 Paltan, the movie based on the war at Nathula pass for Sikkim, is all set to release tomorrow and it is being presented by none other than the helmer of war films like Border and LOC Kargil. In fact with Paltan, JP Dutta will complete his war trilogy.

The movie brings ‘Sanam Teri Kasam’ actor Harshvardhan Rane back on screen, and as luck had it, he wasn’t the original choice for the movie but replaced Abhishek Bachchan.

Deccan Chronicle got an opportunity to interact with the actor. Here the excerpts from the interview:

What took you so long to sign another film after Sanam Teri Kasam?

I think this is early! Even to buy a good car, you have to roam around a lot. I call JP sir the Rolls Royce of film industry and getting a Rolls Royce as your second car, what could be better than that? The way I have been casted, I’m really lucky. With a poster and movie, people should respect you. There are many films which you cannot watch with your parents. Those films are extremely easy to work on, but I’m not doing them. I would rather take time. My shoes are only of 500 rupees so I don’t even have many expenses to worry about.

So have you been approached for such roles?

I heard 156 film scripts but this is one film where I didn’t have to think about doing it because of JP sir. Let me narrate you my experience. Down my building, we have a tea-seller aunty. The amount of love she has for me, since I bagged Sanam Teri Kasam and she saw me working hard every single day, she gets really happy seeing my movies and even made her daughter watch Sanam Teri Kasam. In fact some of my girl fans who know, they click a picture with aunty and leave. For me, I don’t want the love to reduce in any way. When she came to know that I have bagged JP sir’s Paltan, her respect for me grew fourfold. The name JP Dutta rings in the name of Border movie. So I want that combination of love and respect.

What was your reaction when you were approached for the role which Abhishek Bachchan walked out of?

You’re right. I was casted 3 hours before the film began shooting. Everybody was catching their flight and I was getting casted then. I was trekking like usual and so there wasn’t network on my phone. When I felt hungry and searched for a dhaba near the highway, my phone network also came back. I had received a lot of messages and luckily I read them. One of the messages read, “Reach JP sir’s office,” so I left and reached there soon after. There Nidhi told me that her daddy’s happy with me and just one bomb was left to be exploded. I told her I love bombs and asked her which, to which she said, “You have to reach the airport in 3 hours” and I told her to meet in 2 and half hours. That’s because I don’t have to inform anyone about my whereabouts. So I then jumped into the project.

Speaking about Abhishek sir, to be honest I look forward to the day when he watches the film and if he passes by me at an event, winking at me with a thumbs up, I’ll be very happy to know that he also liked it.

Do you think now people will compare you with Abhishek Bachchan since you replaced him?

I will find myself lucky if that happens. He’s Mr. Bachchan’s son. I loved Abhishek sir in Yuva and Guru. I believe that he is one of the nicest human beings. I met him at a party. He greeted me with hello and then suddenly his reaction was, “Arre, hello oye! Come here” and gave me a hug saying, “Harsh, it doesn’t get better than JP Dutta.” He emphasized so much on that it felt as if he told me something major! He just adviced me to work very hard. I don’t think I’m capable enough to be compared but definitely I’ve given my 500% to this role and hope he’s also proud of it.

Are you scared of being compared to Sunny Deol since he has also played a fierce Punjabi?

There are some epic characters in Bollywood. Mr Bachchan also has a powerful dialogue “Main Aaj Bhi Phenke Hue Paise Nahi Uthaata” which inspired me to run away from home. For me, money was symbolic to advice. Every time somebody gave me a useless advice, I still did what I wanted to. So I think you’ll always think about these great, epic characters but not to only be inspired by them but also give something of your own. The generation after us will follow our work so it is important for us to ensure we do good work.

What is patriotism for you?

We have always spoken about food, clothes and shelter, but there’s another need which is freedom. Freedom is a very big emotion which I have been searching for since childhood. Girls want freedom, people work for freedom, they save money to have freedom in old age. So everything is for freedom, and for me patriotism is freedom. You feel gratitude when you get freedom. We are in a free country so we don’t have people gunning us down and can speak anything. My only dissatisfaction with this film is that I’m the only army officer who isn’t a grenadier. My grandfather was that so it’s the only thing I missed, but then I feel that I’m the only Rajput in the film so it’s something to look forward to. I would like to thank my colonel grandfather, whose clothes made me think when will I fit in them since childhood.