Namaste England Trailer: Come fall in love like never before with Arjun and Parineeti

Produced and directed by Vipul Amrutlal Shah, the film is scheduled to hit the theatres on the 19th of October. 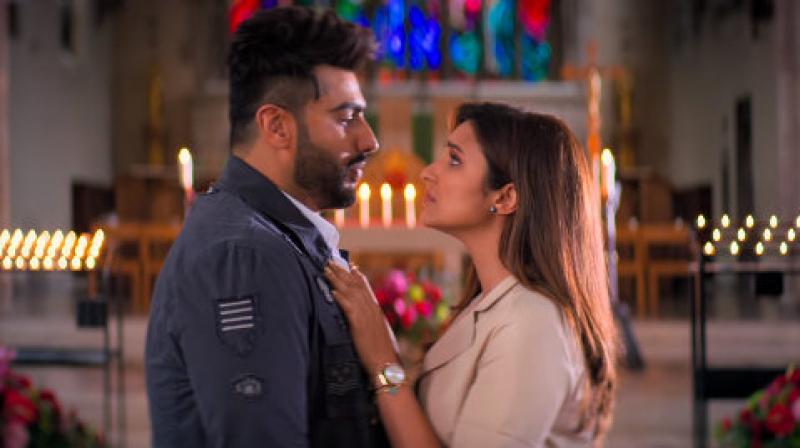 The trailer showcases and ambitious Parineeti who wishes to move to England. Her husband, played by Arjun Kapoor has a different perspective about love, life, and career.

The trailer portrays the conflict between personal ambitions and the institution of marriage.

Arjun Kapoor took to Twitter to share the trailer. He said,"How far can you go for love? Presenting the #NamsteEnglandTrailer.

Arjun and Parineeti who shares a close bond both on and off screen gave a sneak peek of their goofy side with the announcement of the trailer launch.

Before the release of the trailer, the quirky posters revealed the fun side of the actors in the movie which was highly appreciated.

Vipul Amrutlal Shah's 'Namaste England' is a young and refreshing story that traces the journey of two individuals Jasmeet and Param. It tracks their love story across the landscapes of India and Europe. Starting from Punjab and moving to Ludhiana, Amritsar, Dhaka and all the way to Paris followed by Brussels and finally to London. It's a fun quintessential Bollywood film starring Arjun Kapoor and Parineeti Chopra.

Produced and directed by Vipul Amrutlal Shah, the film is presented by Pen Movies and Reliance Entertainment in association with Blockbuster Movie Entertainers. 'Namaste England' has gone on floors with this announcement and is scheduled to hit the theatres on the 19th of October, 2018.