Shifting from films in Bollywood to TV in America was a very big decision for Priyanka. 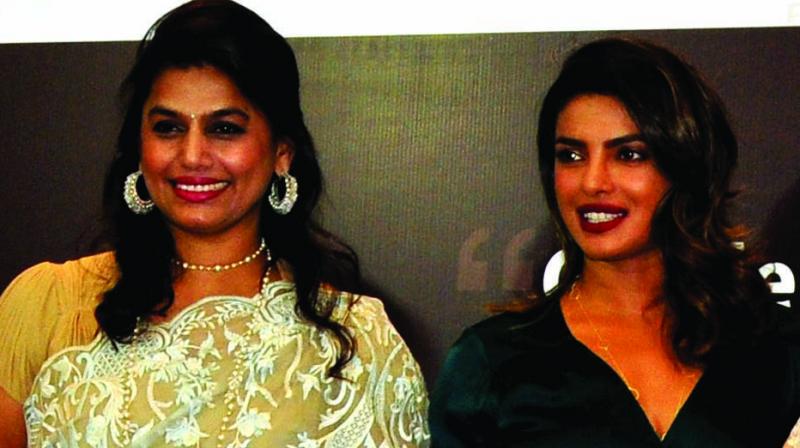 Priyanka Chopra, who recently wrapped up her American show Quantico, is back in India to shoot for her home-production The Sky is Pink. The actor has become a pro at juggling the east and the west, and has opened up many doors not just for herself but other Indian actors as well. The global icon was in the city on Monday to speak at an interactive session titled ‘Challenging the Status Quo and Forging New Paths’ organised FICCI Ladies Organisation (FLO). The actress was welcomed by FLO president, Pinky Reddy and the session was moderated by Vir Sanghvi.

Shifting from films in Bollywood to TV in America was a very big decision for Priyanka. She says, “It was actually very scary. It was very organic. I think opportunity knocks at everybody’s doors and the smart thing to do is to recognise it. I recognised the opportunity when music came my way. That is how I started to go to America.”

Being used to the fan-following in India, she liked the casual treatment she was being given. “I was not being treated like you are from another world. I was relate-able and people came up to me and asked me why I wasn’t doing work in America. That put a seed in my head. I understand that if I am a star in a country like India, which has one-fifth of the world’s population, it still does not mean that when you walk into a room everyone should know you. I am not entitled. I have no qualms in introducing myself.” 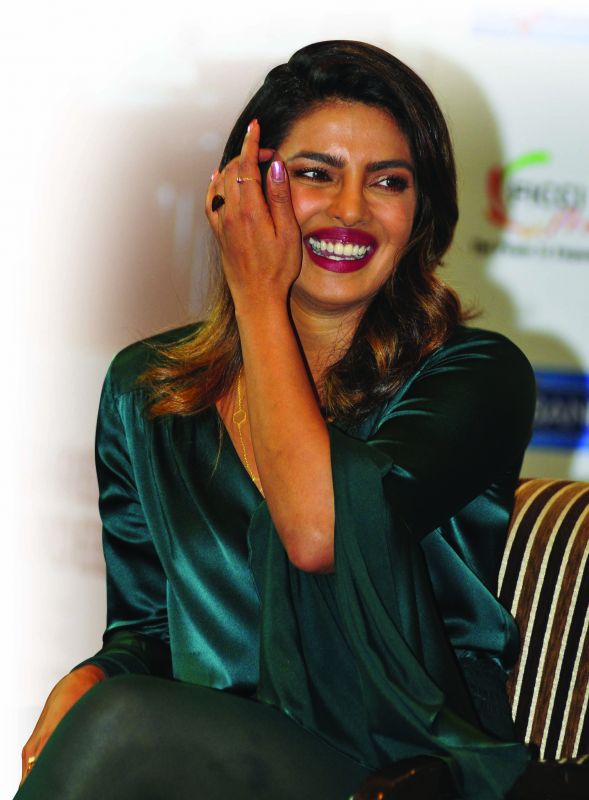 Talking about how she got Quantico, she shares, “I was at a party and the VP of ABC (American Broadcasting Company) was excited about me and asked me if I wanted to do television. I was shooting Gunday at that time and I said that TV is like six years commitment and I have never done it. She flew down to India to convince me how it would be a good idea.” But it was not so easily that Priyanka got convinced. “I had lived in America as a child and honestly, one of my biggest pet-peeves was to not having seen on television that which looked like me. Whenever you saw Indians in the mainstream you saw them put in the box — the nerds, or the big fat Punjabi family, the shopkeeper, Apu from The Simpsons. Why did our ethnicity define the role that we played? The only thing I told ABC was that don’t put me in a box. So I got a script of this FBI agent who was half-Indian. It gave me confidence to dig my feet in and demand what I wanted,” she says.

While the Quantico script was written before Priyanka auditioned for it, there was a conversation about changing the character’s name to something ‘Indian’. “I have an Indian assistant whose name is Jennifer and I thought again we are trying to be stereotypical. So I said, you have written a role and it is my job as an actor to convince the world that I am that person. Every Sunday I had to convince America that I am American. I trained and learnt the American accent.”

Priyanka’s Alex Parrish happens to be one of the first roles in America for an Indian, where the ethnicity is irrelevant. “I feel this will open doors to Indian talent and people will see us in mainstream entertainment in global movies. Why do we always have to play the side-kick? I want to play the leading lady and I won’t compromise on that.” However, to be able to survive and make space for herself on a global level, she says, “You have to be able to handle rejection. There will be roles where you won’t fit in.”

Calling herself a ‘proud feminist’, Priyanka says, “We, as women, have always had less opportunity than men. We had to elbow each other out of the way. So we conditioned ourselves to pull each other down. When I came into the entertainment industry, I did that too. I had to teach myself to be the most confident of the lot. In doing that, somewhere I realised that if I wear my confidence really well, I don’t need to elbow anyone out. Then I can be the person who props the other person up. We were always told about girl cat-fights and male bromance. It really bugged me. I wanted to be that person who had people standing on her shoulders.”

She will soon start shooting in Mumbai for the upcoming film, The Sky is Pink, directed by Shonali Bose.