Entertainment   Bollywood  06 Jul 2017  Prabhas is amazing in Baahubali: Ranbir most impressed by his act in recent times
Entertainment, Bollywood

Prabhas is amazing in Baahubali: Ranbir most impressed by his act in recent times

The actor revealed that Prabhas' performance in 'Baahubali' was among his most favourite in recent times. 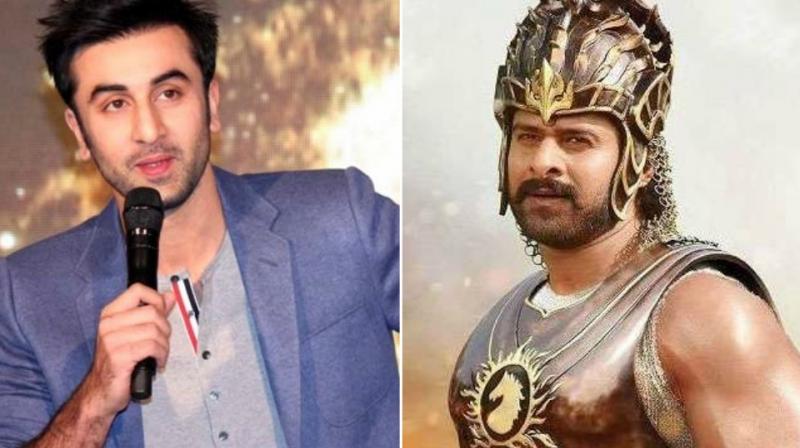 Washington D.C.: While the entire nation is mesmerised by the 'Baahubali' star, Ranbir Kapoor too is in awe of Prabhas.

When the 34-year-old actor was quizzed about his favourite performers in the recent times, he revealed that he is dazzled by the charm of the 'Baahubali' actor.

The 'Jagga Jasoos' star said, "I have really liked Prabhas. He is amazing in Baahubali."

Ranbir has carved a niche for himself in the film industry with his outstanding performances.

With his upcoming Bollywood flick, 'Jagga Jasoos' we get to see yet another avatar of the young superstar.

Ranbir will next be seen in 'Jagga Jasoos', an Indian musical adventure romantic comedy film written and directed by Anurag Basu.

The film also stars Katrina Kaif in the lead role, and is all set to hit the theatres on July 14.