The actor says that nothing inspirational came her way 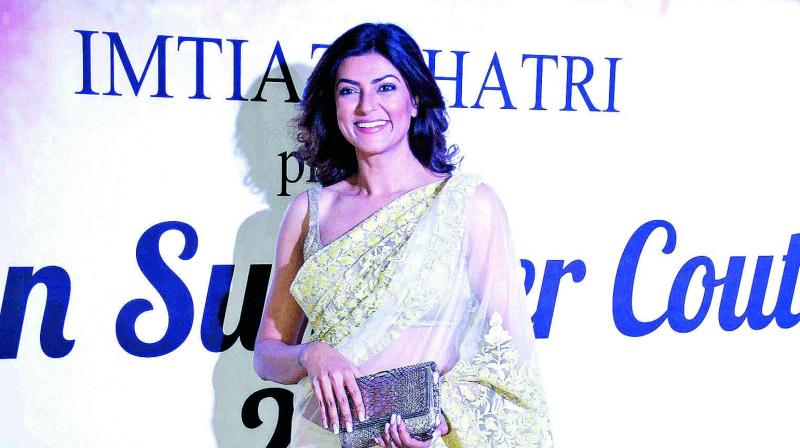 Sushmita Sen, who made her debut in 1996 with Dastak, went on a sabbatical after her 2010 release Dulha Mil Gaya.

The actor says that nothing inspirational came her way and hence, she willingly decided to take a break before making her comeback with a family crime drama.

“Aarya is a manifestation of my dream idea of a character and the kind of team I want to work with. I fell in love with the script and would have even begged for this role but luckily it came to me,” says the Samay actress, adding that all these years, she didn’t get the kind of script and stories that could inspire her to go on the set.

“The kind of stories and scripts I was getting weren’t inspiring me enough so I started writing my own story but Aarya is much better than what I have written,” she adds about the series that is directed by Neerja director Ram Madhvani.
Although the former beauty queen has portrayed different roles over her 24-year-long career, this series, according to her, is completely different from what she has done in the past.

“This wasn’t easy for me. I have never been put through a workshop but for this project, I did one with other actors. I had no glycerine to cry; it had to be natural and real,” she reveals adding that she ensured everyone on the set called her by her character name. “I would not respond if someone would call me Sushmita. I wanted to be in my character,” she says.

Shouldering the title role of a caring and courageous mother, Sushmita says that her real-life persona is very similar to her portrayal. “This is a story of every mother who will go any length to protect her family and children. It’s a mould where Sushmita and Aarya are put together,” she explains.