Continuing his yearly ritual, Shah Rukh Khan, on Wednesday, greeted his fans from the balcony of his bungalow on the occasion of Eid. 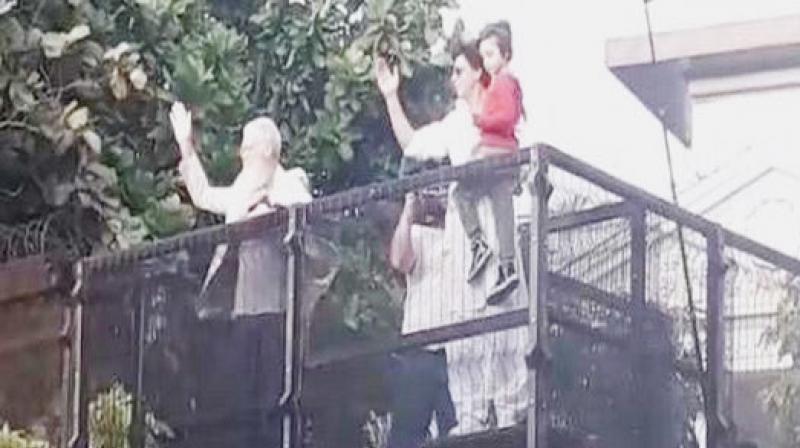 Mumbai: Continuing his yearly ritual, Shah Rukh Khan, on Wednesday, greeted his fans from the balcony of his bungalow on the occasion of Eid. But this year, he had a special company- American television host David Letterman!

Every year, on Eid, an overwhelming crowd of fans gathers outside Mannat, Shahrukh's house in Bandra and waits for the Bollywood star to come out and wave at them. Over the years, it has become a special tradition.

From the past few times, AbRam too has become a part of this exchange, but this year was even special as the two were joined by one of America's most popular television hosts David Letterman. Standing right next to Shahrukh, Letterman smiled and waved at fans.

Shahrukh is all set to feature in the upcoming season of David Letterman's Netflix talk show 'My Next Guest Needs No Introduction'. While according to media reports, the actor has already shot for the episode, a cameraman was seen shooting Shah Rukh and Latterman's engagement with the fans today.

In May, the 72-year-old television personality posted a picture with the actor and wrote, "Even more great conversation is on its way..."