Deccan Chronicle has come to know that Taapsee actually wanted to bank on Nawazuddin’s name and stay in limelight. 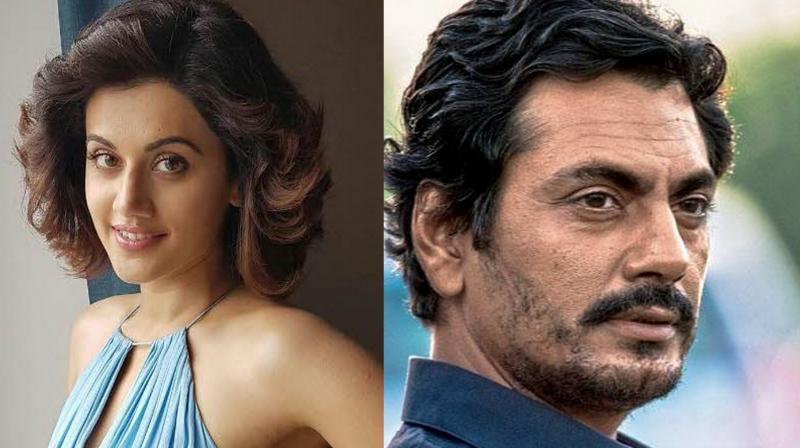 Casting director Honey Trehan was supposed to make his directorial debut with ‘Sapna Didi’ starring Irrfan Khan and Deepika Padukone. But with his exit, Vishal Bhardwaj found his way to become director of the project which is temporarily shelved due to Irrfan’s absence in India.

Irrfan was being treated for a rare disease which has reportedly been cured and the actor is all set to be back in the country soon, probably before time to promote his film ‘Karwaan’.

Coming back to Honey, reports stated that he had roped in Nawazuddin Siddiqui for a murder-mystery film, which also required a strong female lead.

For the female role, it was claimed that Taapsee Pannu was approached for the film but she refused it.

“Honey and Taapsee were in talks for the murder mystery, but the actress didn’t like the project. Apparently, she wasn’t too keen on being paired with Nawaz in the film, hence she refused the offer,” a source told DNA.

Taapsee denied all such claims to Hindustan Times as she said, “There are many projects that come an actor’s way and one cannot say yes to all of them. Reasons of saying no vary all the time, but for me, it has never been on the pretext of not wanting to work with ‘a particular actor’ ever! I would never do that.”

However, Deccan Chronicle has now come to know that Taapsee actually wanted to bank on Nawazuddin’s name and stay in limelight. A source informed us, “Nawazuddin had already backed out of the film on murder mystery by the time the reports of Taapsee came in. So how can she say she didn’t want to work with Nawaz?”

“In order to keep her image clear, she then gave out a clarification to another publication, but it was all baseless since the actor she was banking on, was no longer a part of the project,” added the source.

Nawazuddin also took to Twitter to clarify that he wasn’t a part of the project and so the claims weren’t right. Here’s what he tweeted:

An actress claimed to not be doing a thriller film with me.
Would like to clarify that in the first place, I was never a part of any thriller film.
So basically it's all baseless.

Nawazuddin is prepping for Thackerey biopic along with ‘Manto’ release. Meanwhile, Taapsee is shooting for ‘Manmarziyan’ and will soon be seen in ‘Soorma’ and ‘Mulk’.