Entertainment   Bollywood  06 May 2019  Anil Kapoor: Yes, I am doing a film with my son
Entertainment, Bollywood

Anil Kapoor: Yes, I am doing a film with my son

Anil Kapoor talks about his upcoming film with Harshvardhan, his children’s film choices and the joys of working with them. 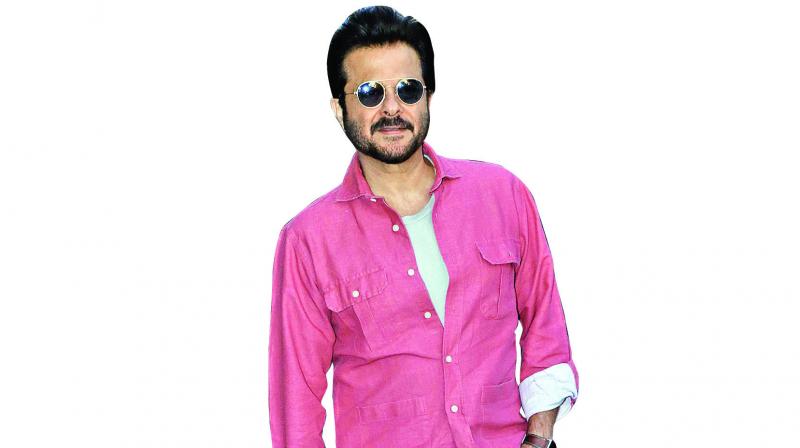 For some time, there has been buzz that Anil Kapoor will join his son Harshvardhan Kapoor in the Olympian gold medallist Abhinav Bindra’s biopic, but there weren’t any confirmations on the same. Finally, the senior actor breaks his silence as he reveals to us exclusively that he will indeed share screen space with his son.

While Harshvardhan will play the role of Abhinav, Anil will be essaying the role of Abhinav’s father, Apjit Bindra. Confusion had arose because there were rumours about Anil being in two minds about the film, as he did not want the audience to make unfair comparisons between father and son so soon in Harshvardhan’s career.

But Anil puts this rumour to rest by saying, “There was not a moment’s hesitation in accepting this part, and my son is confident enough to work with me even now when he’s just two films old. In fact, both my children — Sonam and Harsh — have been making brave choices from the beginning. Sonam started with an unconventional Saawariya directed by Sanjay Leela Bhansali.  Harsh’s launch in Rakeysh Omprakash Mehra’s Mirzya was equally unorthodox. They are both very confident actors. And the only reason it took so long for me to work with Sonam (in Ek Ladki Ko Dekha Toh Aisa Laga) is because we didn’t get a suitable film to come together before this.”

Talking about his son’s role in the biopic, Anil says, “With the Abhinav Bindra biopic, I am proud to say I said ‘yes’ immediately. My son is playing a sportsperson who was the first individual gold medallist at the Olympics from India. I’d be happy to play a walk-on part in such a film that does the country proud,” he reveals.

Even though Harsh is yet to make a mark in his acting career, Anil is of the opinion that his son is not afraid to take on unusual roles so early in his career. “Harsh and Sonam are like me in that sense. I started my career as a leading man in a Telugu film (Vamsa  Vruksham)  directed by Bapu. Then Bapu, who was my mentor and guru, launched me in an equally unconventional Hindi film Woh Saat Din. Look at Sonam and Harsh’s career. I think choosing films like Neerja and Ek Ladki Ko Dekha Toh Aisa Laga comes naturally to Sonam. Likewise, for Harsh to do Bhavesh Joshi, which is a big success on the Internet although it failed in theatres, is a very brave thing to do,” says Anil.

Moreover, Anil prioritises his fatherly instincts over his acting ones, as he is happy to allow Harshvardhan to take centrestage in the biopic. “For my children, I’d happily play supporting or even negligible parts,” he says.

However, a source close to the project says Anil’s role is as important as his son’s. “Abhinav Bindra’s father Apjit Bindra was instrumental in seeing Abhinav win gold at the Olympics. Director Kannan Iyer has spent close to five years researching the Bindra story. The biopic is being made in close association with the Bindras. After going through their entire story, Kannan decided to format the film as a father-son story. It’s the role of a very upright principled man who dreamt big dreams for his son,” reveals the source.

Interestingly, the two roles of the father and son were initially offered to Rishi Kapoor and his son Ranbir, respectively.