The actress plays a multilayered character in the film, which has Vidyut Jammwal in the lead. 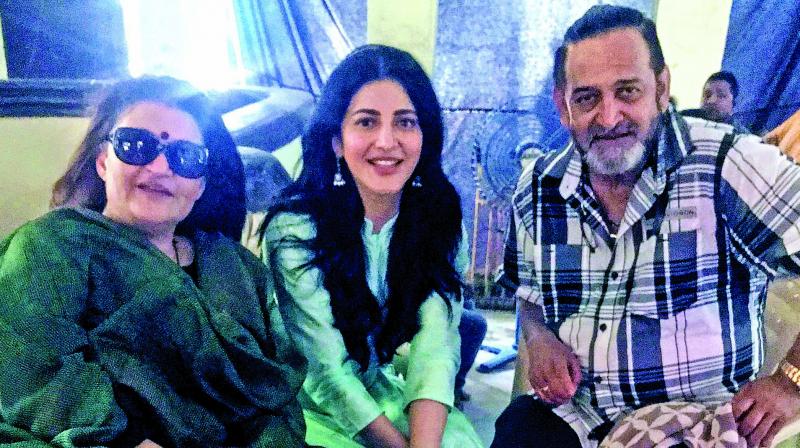 Sarika, Shruti and Mahesh Manjrekar on the sets

Shruti Haasan had a surprise visitor on the sets of her upcoming flick, an untitled gangster drama, which is being directed by Mahesh Manjrekar. It was her mother and actress Sarika who had come to see her daughter in action.

Shruti was elated to have her mom pay her a visit. “Shruti went around personally introducing her mom to everyone on sets. She was really enjoying having her mom around. Shruti believes it’s going to be one film that she and her mom will be very proud of,” says a source at the unit adding,  “Sarikaji was really glad to have Shruti expand her horizons as an actor under the guidance of the national award winning director. Mahesh comes with an immensely powerful and respectful reputation as a storyteller. Seeing Shruti being in such good hands made Sarikaji really happy.”

The actress plays a multilayered character in the film, which has Vidyut Jammwal in the lead.