With super stardom, riches and millions of fans across the globe, Amitabh Bachchan seems to have everything. 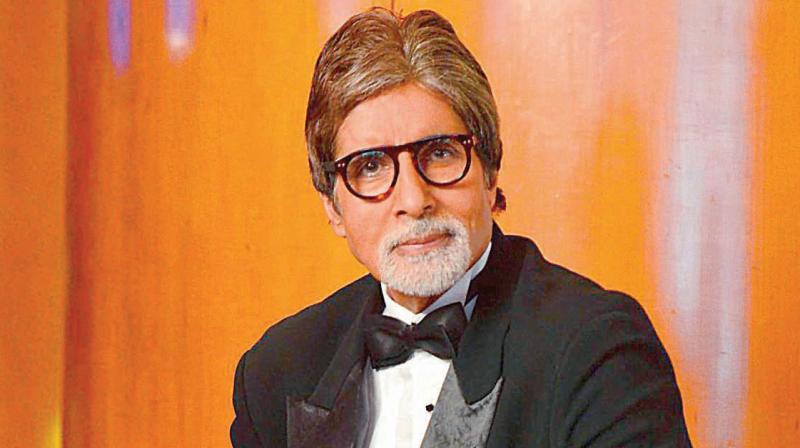 Amitabh Bachchan was once the country’s biggest superstar. And at 75, he continues to command unmatched star power and adulation. Proof? The hundreds of people who throng outside his residence every Sunday or the prime position that he enjoys in almost every public appearance that he makes. He must truly be a content man.

But sadly, his craving for attention on social media seem to point to another story. Big B is active on social media and many times his online antics resemble that of attention seeking teens. One of his tweets from a few years ago says that out loud. “Seeking attention is a quality that requires “unabashed guile”! (Took me several attempts to get just the spelling right !!)” reads a tweet from May 1, 2013.

He gets particularly worked up when other stars fail to respond to his text messages. And he tweets out his displeasure, like he did recently when Anushka Sharma did not respond to his ‘Happy birthday’ SMS. “Anushka .. this is Amitabh Bachchan @Srbachchan .. wished you on May 1st via sms .. no response .. checked they said you changed number .. sent greetings again .. love and wishes .. you looked radiant at the IPL game last night,” (sic) he tweeted. 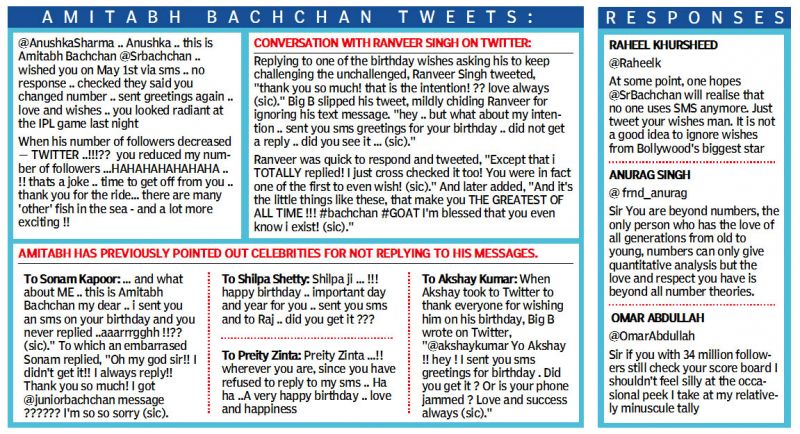 Ageism in the film industry!
So why are these stars not responding to Big B’s text messages? An industry-wallah anonymously comments, “Actors’ phones will be with their managers while they are working. Plus, they receive hundreds of messages on special days. It’s possible that they may miss some. But we can never be sure. If an actor has time to tweet, he can respond to messages from important people. So, did they ignore Amitji’s texts? Your guess is as good as mine!”

But why call out the defaulters on Twitter? “People like him who have always been in the limelight would like to stay relevant. Why else would he be on Twitter? Secondly, he wants the attention which is going to someone else. Thirdly, I personally feel it is the age thing. You start feeling neglected because probably people are not paying as much attention to you as earlier. These are three most common factors that are usually at play,” says psychologist Parul Doshi. “There could also be a fourth factor — narcissism,” she adds. Doshi also points that the present generation may not be as proactive as him, and he should try to understand it.

Bachchan, who has 34 million Twitter followers, does seem to be taking social media seriously. A large part of the promotions of his latest flick 102 Not Out was centered around on social media skills. And his obsession is also quite evident in his complains on about not getting more Twitter followers despite him sharing so much.

“Social media has its pluses but being glued to it can be dangerous. In Bachchan’s case, it looks like a classic case of narcissism. We need to remember that there is life beyond social media. He still works as hard as in his youth, is getting many roles, so why should he bother about the number of followers at all!” concludes Doshi.

True that! Irrespective of who responds to his messages, and how many followers he has, what’s undeniable is that he is still one of the biggest stars in the world of entertainment. No hashtags required.