‘I enjoy freedom in a responsible way’ 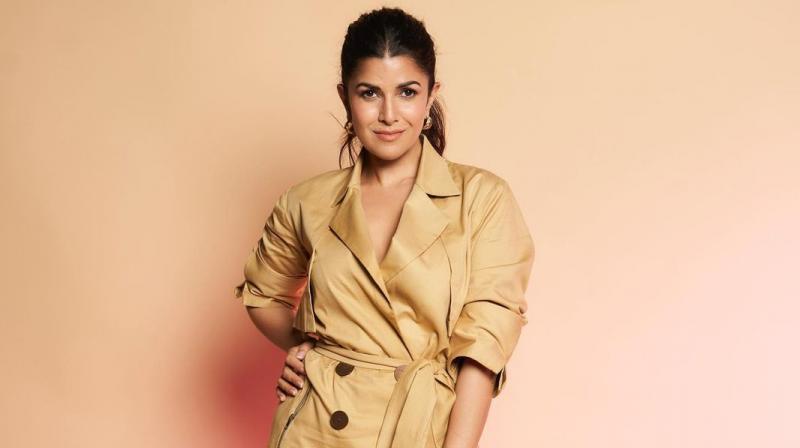 After her critically-acclaimed role in The Lunchbox, Nimrat Kaur hasn’t looked back.  She went on to work with Akshay Kumar in Air Lift and her latest flim, Dasvi, with Abhishek Bachchan is the talk of B’Town, because of its unique subject — a woman who frees herself from the shackles of being a housewife, and gets to be Chief Minister.

She’s doing a comic role for the first time in her film career. While Abhishek Bachchan plays an uneducated politician, Yami Gautam is as an IPS officer in the film. In an exclusive interview, the petit beauty talks about her role in Dasvi, her real-life journey, including life in Mumbai, and more.

Playing a comic role for the first time, was it tough?

“Yes, comedy is tough because it’s hard to gauge the timing. You have to live in the moment while performing, and keep the acting fresh, as that’s very important. All this is challenging. The effect of your work can be understood only when the audience watches it — if it’s funny, they will automatically laugh their guts out.

As a housewife in the movie, you are bound by so many restrictions, but you’re set free later. Many people experience this in real life too.

Yes, such things do happen. My character was not allowed to talk or build up her own identity. But when the cage is opened and the person is allowed to do whatever he/she wishes to do, the person changes. That’s what this movie shows.

How do you find life in Mumbai? What’s your take on all the glitz and glamour?

Coming to live in Mumbai was like being given a chance to live my dreams. I had a lot of fears and inhibitions early on about life in the ‘big, bad city.’ But I’m from an Army background, and I don’t take freedom for granted. I enjoy freedom in a responsible way, and so I’m making the best of this creative world. Luckily, I got to work with good people here.

Do you have any role models?

I have tried to make my journey an original one. I have never tried to copy or follow anyone, either in the type of work or the style of dressing. I have always tried to retain my originality. I am passionate about my work and give my best. It’s important to me that I never have to look back with regret.