The actress mouths a long Tamil dialogue in in front of Ayushmann's character's mother in the fourth trailer. 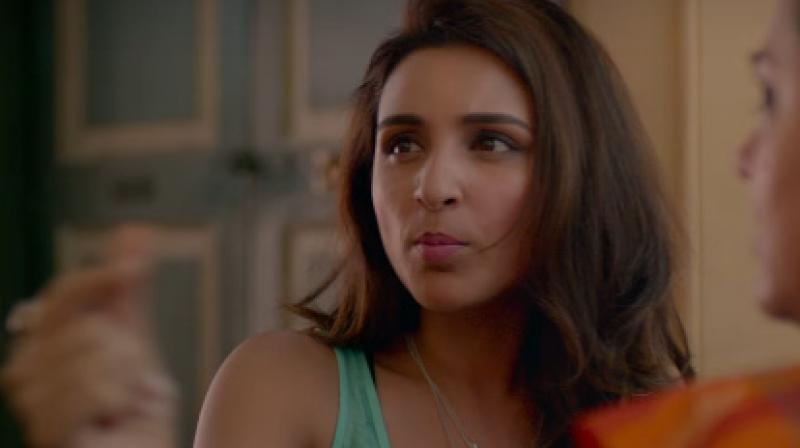 Parineeti Chopra in the fourth trailer of the film.

Mumbai: In an interesting concept, 'Meri Pyaari Bindu' makers are, instead of launching one, unveiling five different trailers, each tracing different facets of the characters of Parineeti Chopra and Ayushmann Khurrana.

Up till now all the 3 chapters have touched our hearts endearingly, which created all the more inquisitiveness about what else Bindu (Parineeti) and Abhi (Ayushmann) have in store for us.

Chapter 4, Bindu v/s Maa is out and we are in love with Parineeti’s free-spirited and carefree character.  It revolves around a light-hearted tiff between Bindu and Abhi’s mom.

Abhi’s mom is afraid that her son might ruin his life wandering behind and around the outspoken Bindu. What’s interesting is that Ayushmann is the one who gets sandwiched between his mother and best friend, as they are poles apart.

Brownie points for the long Tamil dialogue mouthed by Pari!

Now, let’s wait for the last and final chapter 5, which will be out tomorrow.

Not to overlook Pari’s urban classy outfits in the film, where she reveals her svelte figure she worked hard for.