Kangana, who will be seen playing a Kabbadi player in the film, underwent rigorous training for over two months. 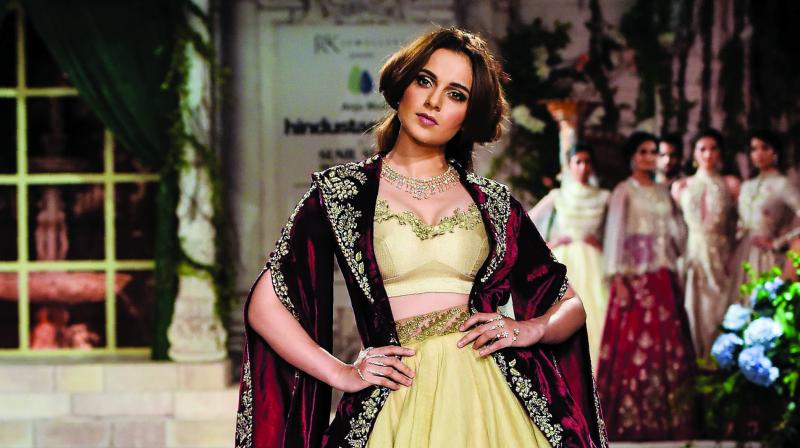 The director who surprised everyone with films like Bareilly Ki Barfi and Nil Battey Sannata is all set to recreate the magic on the screen. And, this time director Ashwiny Iyer Tiwari has roped in Kangana Ranaut for her sports film titled Panga. At present, the director is on the lookout for the right stadium to shoot the final leg of the film.

“Ashwiny has recently wrapped up shooting in Bhopal and now she is heading to Delhi to lock the right stadium where the final schedule will be shot. All this while, she was shooting for the flashback portion of the film and now the actors who underwent training for the film will shoot the final portion at a Delhi stadium,” says a source.

Kangana, who will be seen playing a Kabbadi player in the film, underwent rigorous training for over two months. The actress is currently on a break for 10 days as she is all set to leave for Coimbatore in Tamil Nadu where she will attend a wellness programme that involves meditation and takes place in complete silence. The actress will resume the shoot in April.

Panga is said to be the story of a new-age family who challenges stereotypes and dares to dream. It promises to reaffirm the belief that nothing is impossible for a family which laughs, cries and dreams together.

Besides Kangana, the film features Neena Gupta and Jassie Gill in prominent roles.