My professional life is like walking on a thin rope, says Kangana Ranaut

Kangana Ranaut gets candid about her childhood, her rebellious streak and how her busy schedule helps her cope during low phases. 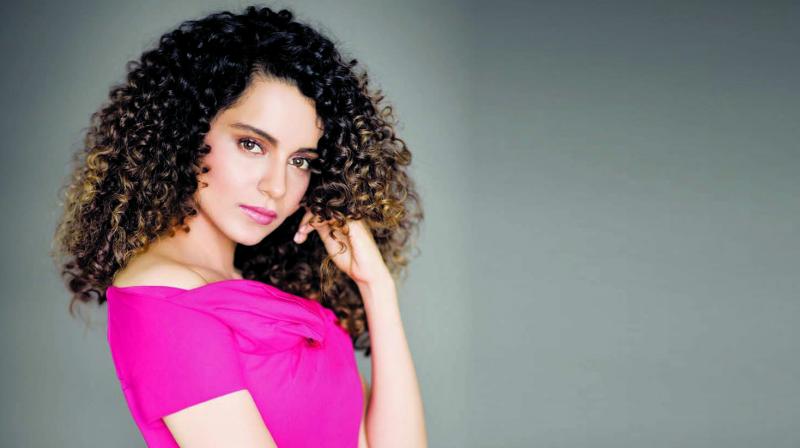 National Award-winning actor Kangana Ranaut has been embroiled in controversies for the last couple of months, the latest row being about sharing the director’s credit with Krish Jagarlamudi. The actress who was in Delhi for a Signature Masterclass shared her inspirational journey with her fans where she recounted her childhood days, roadblocks and triumphs on the path to becoming the force to reckon with in the film industry. The 31-year-old actress revealed that “nothing is impossible” if one gives their “heart and soul” to what they believe in.

Recalling her childhood days, Kangana says, “I remember being protective and overprotected. I was very different from other children as a kid. While others would be playing, I would doze off under a tree. I was lost as a child and was always very quiet. Every child has a personality of their own and I was a bit different from the rest.”  The actress who has a younger brother and elder sister was considered the rebellious child. “At the age of 14, after tenth grade, I demanded to go to Chandigarh and from a small school, I moved into a huge school with lots of people. For me, the campus was intimidating. I was a good student but I couldn’t cope up in this setup,” she admits and recounts how as a teenager, she was left in many do-or-die situations and it was her passion to succeed that eventually led her to toughen up.

But her heart was not in academics and after telling her parents about her disinterest in studies, she left for Delhi to begin her modelling career. “I couldn’t stay in the hostel where my father sent me and he could never empathise with me as he couldn’t understand that I was having trouble with studies. He became stern with me and during weekends, when children would call home, he wouldn’t take my calls and told my mother that I need to become tough,” she explains and adds that for each assignment, she was paid about Rs 7,000 to 8,000.

But modelling didn’t work out too well for Kangana and she then joined an acting workshop, which made her realise the true meaning of acting and theatre. That was a turning point in her life and she started to believe in herself. “If your intention is right in your heart, you will never fall flat on your face. I am a very straightforward person and say whatever I believe in,” she quotes. Talking about her professional life that has seen a more than a fair share of ups and downs, she reveals, “I feel my professional life is like walking on a thin rope. Politicians, actors and all those who are in the limelight, face a lot of criticism, at times. I feel I have faced a lot of challenges in the last few years where my films weren’t doing so well and a few people filed cases against me. I felt cornered when I had my accident while fighting (in a scene of a film). I had 18 stitches on my forehead and six people attacking me simultaneously in the media.”

But the feisty actress doesn’t believe in lying low or feeling cornered. “Everyone goes through a low phase at some point of time or the other but I don’t get depressed during a low phase. I keep myself happy and worry about my career but not too much. I have a closely-knit group of friends and family with whom I spend time and feel happy. My heart and soul were in for Manikarnika as this story belongs to each one of us. It is not like Rani Laxmibai was my relative; she belongs to each one of us. Whatever we are today is because of those who fought and sacrificed their lives. Yes, crossing the 100-crore mark does say that the film is a success. I didn’t charge a single penny to direct the movie. I was completely devoted to it and it was like a seva for me. People love it and are overwhelmed after being connected to the legacy. Though some people are being obnoxious and ganging up against me in the industry,” she says.

The actor who spent a considerable amount of time in Delhi finds the city to be “lovely and unlike Mumbai”. “I have met horrible people in Mumbai and still meet the most obnoxious people who are different from the rest of the world. I have lived in many places but Mumbai is a completely different place altogether. Mumbai has been a place where I have had extreme situations,” she says.