An image of Suhana Khan essaying the role of Juliet in a play surfaced today and has gone viral on social media. 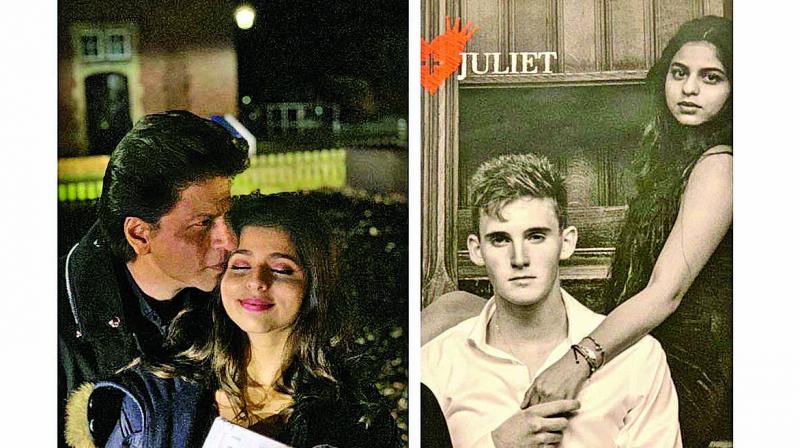 Post the play, SRK took to social media and shared an adorable picture with Suhana.

Superstar Shah Rukh Khan’s daughter Suhana Khan who has openly spoken about her love for acting, may soon take the centre stage, finally.

In a picture shared by one of the fan club pages of the teenager on Instagram, Suhana was seen dressed in all white and emoting a trying scene. The picture that surfaced today has gone viral since then.

The star kid, who is pursuing a filmmaking course from the UK, was starring in her collage’s Romeo and Juliet  as the female lead and her dotting father had flown to London to watch her perform.

Post the play, SRK took to social media and shared an adorable picture with Suhana. “With my Juliet in London. What a wonderful experience and exceptional performances by the whole cast. Congratulations to the whole team,” he wrote. Looks like another star kid debut is on the cards.