It is heard that Ram Gopal Varma is looking for a new face for his next film. Will Luviena be that face? 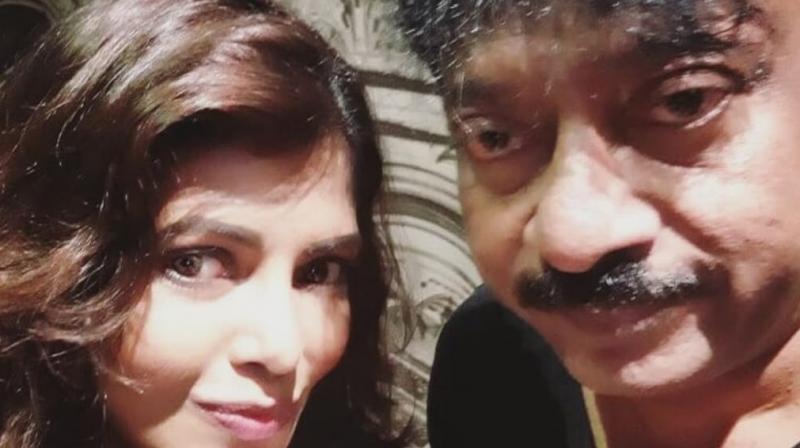 Mumbai: Popular Tollywood actress Luviena Lodh was recently spotted with filmmaker Ram Gopal Varma. In the picture one can see the close bonding between the director and actor. It is exciting to know, what is happening around with director Ram Gopal Varma?

It seems like there is cordial equation between both of them or maybe there's something much more in the box. It is heard that Ram Gopal Varma is looking for a new face for his famous movie sequel that has not be disclosed at the moment. Will Luviena be that face?

The beauty of a woman must be seen from in her eyes, because that is the doorway to her heart, the place where love resides. Beautyshot by @nikhillodh #faceshot #potrait #photography #actorslife #beauty

Luviena Lodh is a theatre artist and has featured in numerous commercials. She was earlier seen in Tollywood has done couple of movies in South film industry in the lead role, both will release next year. After exploring herself in Tollywood and working with Richa Chadha in ‘Nirdoshi 2’ she also had done a short film recently named as 'Girls On Heels'. Luveina has also recorded a music video, which is set to release sometime this year.