‘Thugs Of Hindostan’ will also see the legendary Shehenshah Amitabh Bachchan in a role parallel to Aamir Khan. 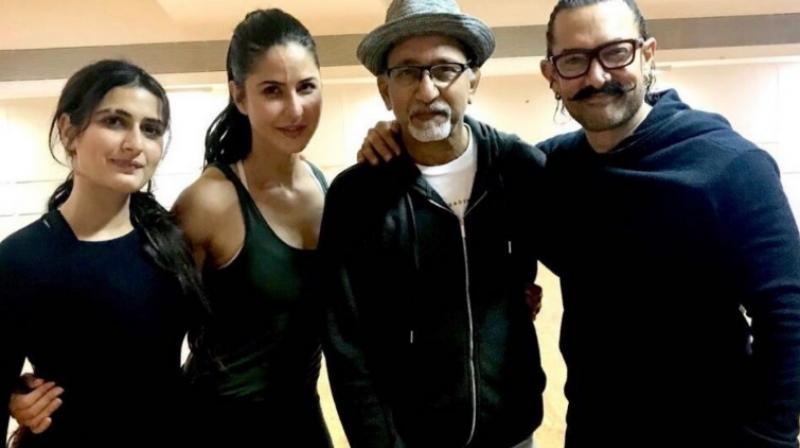 Mumbai: Each one of us has been a fan of Katrina Kaif’s dance moves in ‘Chikni Chameli’, ‘Sheila Ki Jawaani’, ‘Kamli’, ‘Afghan Jalebi’, ‘Swag Se Swagat’, ‘Mashallah’, ‘Dhoom’ title track, ‘Bang Bang’ title track. It seems like Aamir Khan and Fatima Sana Shaikh also love to watch the actress take centre stage while dancing, as the two only kept observing her dance.

And yes, amidst all the catfight rumours between Kat and Fatima, the two posed for a photo with Aamir and their ‘Thugs Of Hindostan’ director Vijay Krishna Acharya. Here’s the photo: 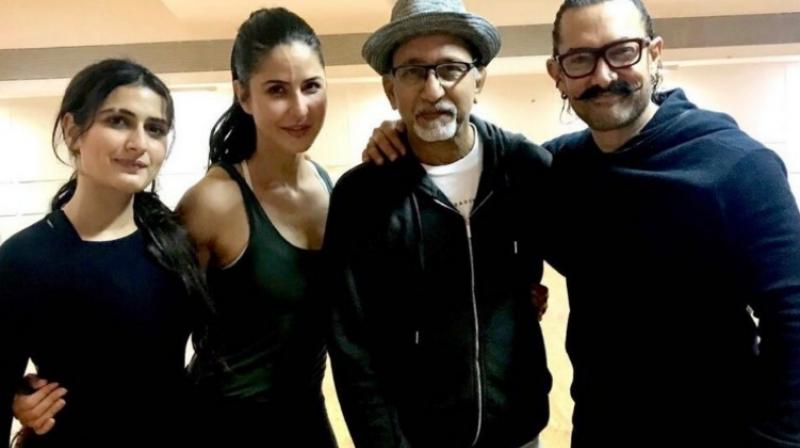 Katrina shared Instagram stories of her dance videos from the sets of ‘Thugs Of Hindostan’, while rehearsing for the movie’s title song. A fan combined the videos and there we can see Aamir and Fatima watching Katrina while she rehearses for the song. Here’s the video:

With swirls and hand movements, it looks like Kat is prepping for something which might turn out to be something cool and unexpected. And when you have Mr. Perfectionist himself, then magic is expected from the film in itself.

‘Thugs Of Hindostan’ will also see the legendary Shehenshah Amitabh Bachchan in a role parallel to Aamir Khan.