Outfit's chief said that it was high time the Centre and the state government set an example by not allowing the film to release. 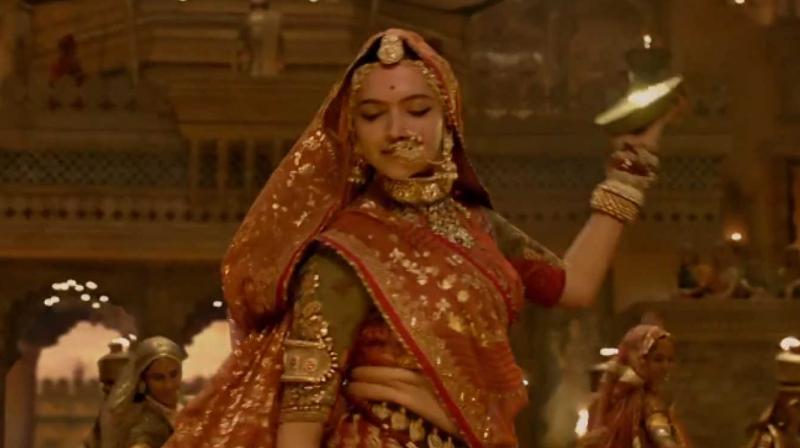 Deepika Padukone in a still from 'Padmavati.'

Jaipur: Shri Rajput Karni Sena chief Lokendra Singh Kalvi on Friday called upon the community members to gather in Chittorgarh on January 27, and push for a complete ban on the controversial Sanjay Leela Bhansali film 'Padmavati'.

"Members of the Rajput community will gather in Chittorgarh on January 27 to give a clear message that the sacrifice of Rani Padmavati has not gone in vain. Anyone who supports our call of banning the film can join us in Chittorgarh," Kalvi said at a press conference here.

He said that they will not let the film be released at any cost.

A panel that reviewed the film in a special screening has expressed the view that some of the facts presented in the film can upset the Rajputs and the Muslims, but the Central Board of Film Certification (CBFC) chief has ignored that, he added.

Kalvi said that it was high time the Centre and the state government set an example by not allowing the film to release.

He said that Bhansali had earlier maintained that the film was based on history, later he said it was a period drama and now he has said that it was fiction.

"Till now, he has not been able to clarify his point," he added.

On December 30, the CBFC, headed by Prasoon Joshi, had announced that the Ranveer Singh-Deepika Padukone-starrer 'Padmavati' would be given a U/A certificate, and suggested that the director change the film's title to 'Padmavat'.

It had also suggested certain modifications in the disclaimer of the film, making it clear that it did not glorify the practice of 'Sati', and relevant changes in the song, 'Ghoomar', to befit the character portrayed in it.

The CBFC had clarified that the U/A certificate would be issued to the film once the modifications were carried out, and the final material was submitted.

As the anti-Padmavati protests spread across various states, the film's December 1 release was deferred as it did not have a clearance from the censor board.