Entertainment   Bollywood  06 Jan 2018  Here’s why Deepika’s Padmavati and Anushka’s Pari might not clash at the BO
Entertainment, Bollywood

‘Padmavati’, soon to be renamed ‘Padmavat’, was delayed due to its clearance at the CBFC. 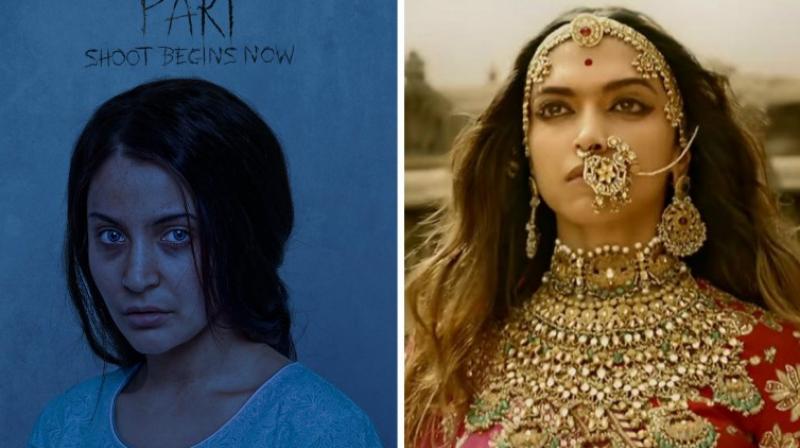 Mumbai: Deepika Padukone starrer ‘Padmavati’, which might soon be renamed ‘Padmavat’, has to bear a lot of trouble due to the delay in its clearance at the CBFC. There were speculations that the film will either release on 26th January or on 9th February.

If trade expert Ramesh Bala’s tweet is anything to go by, the movie is looking to release on 9th February. Here’s what his tweet read:

Good news for @deepikapadukone fans on #HappyBirthdayDeepikaPadukone - #Padmavat most likely to release on Feb 9th! pic.twitter.com/uSsnMuyES4

But this would mean that Deepika’s movie might have to compete with Anushka Sharma’s home production movie ‘Pari’.

Anushka and Deepika’s tiff goes a long way. Recently when Anushka got married, Deepika neither wished the actress nor did she attend her reception. This has given out hints that things aren’t really great between the two actresses. In fact, Anushka, on ‘Koffee With Karan Season 11’ even went on to say that she wouldn’t call Deepika her “friend”. These small acts gave out a lot about their equation.

But the clash on the Box Office might be avoided for a very strong reason. ‘Pari’ is being co-produced by Kriarj, which is also roping in Deepika for their next project.

A source told DNA, “‘Pari’ is a small but concept-driven film. It’s being co-produced by Prernaa Arora and Arjun N Kapoor of KriArj Entertainment who are also producing a film with ‘Padmavat’ lead actress Deepika Padukone. So, it won’t be surprising if they actually move the date to accommodate ‘Padmavat’. But, the call will be taken only after Viacom 18 announces the official release date.”

If there is actually a clash, it would be interesting to hear Anushka and Deepika praise each other and say that “their movies are completely different and have a vastly different audience”. The truth shall be spoken when the audience can accept both the contents in that time gap.