Entertainment   Bollywood  06 Jan 2018  After Virushka, Sonam Kapoor and Anand Ahuja ready to walk down the aisle in April
Entertainment, Bollywood

After Virushka, Sonam Kapoor and Anand Ahuja ready to walk down the aisle in April

Sonam will next be seen in ‘Padman’, which stars Akshay Kumar and Radhika Apte. 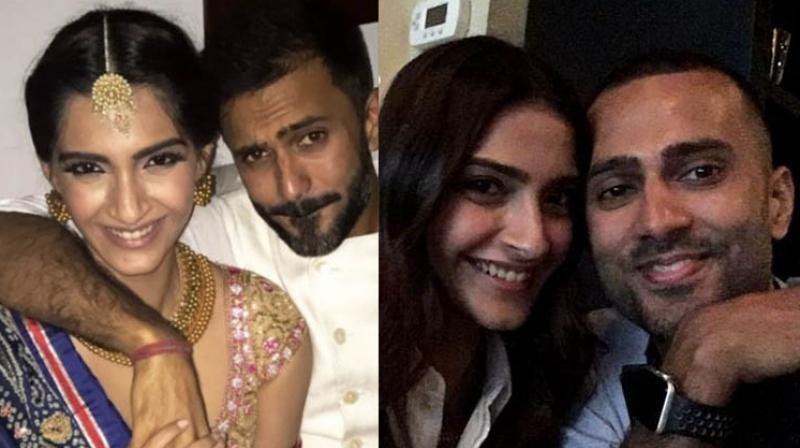 Mumbai: Virat Kohli and Anushka Sharma’s marriage came as a surprise to many. After the couple got married in Italy, Ilena D’Cruz and Surveen Chawla also shared that they got married.

Another popular celebrity couple might now be ready to take the next step. Sonam Kapoor and Anand Ahuja, who spent their New Year in Paris, will reportedly get married in April.

When talking to the media recently, Sonam Kapoor confirmed that she is going to marry her alleged long-time boyfriend Anand Ahuja in what will be a grand affair at the Umair Bhawan Palace in Jodhpur.

“Sonam Kapoor has booked the palace for 5-6 days somewhere around March and it is suggestive that she might tie the knot here,” said a source close to them.

"April it is and in Jodhpur. Sonam and Anand will marry this summer in what is going to be a small, private wedding with 300 odd guests. Although the couple has warded off all rumours about getting married saying celebrity watchers were mistaking the family's preparations for her cousin Mohit Marwah's upcoming wedding for her own nuptials but they can barely hide it any longer," informed a source to Mumbai Mirror.

Recently a photo of the lovebirds dancing as a couple made its way to the internet and they looked adorable in it.

Sonam will next be seen in ‘Padman’, which stars Akshay Kumar and Radhika Apte. The movie releases on Republic Day, i.e. 26th January 2018. Post that, she is coming on screen with Kareena Kapoor Khan in ‘Veere Di Wedding’, produced by her sister Rhea Kapoor.