In a coincidence of sorts, both the producers are vying to tell the story of the battle of Saragarhi. 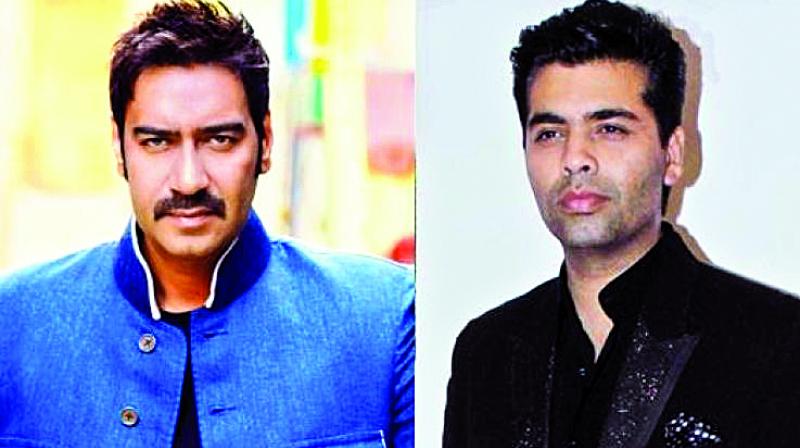 Looks like Karan Johar and Ajay Devgn’s box office wars are far from over. After squabbling over the release dates of their respective films, Ae Dil Hai Mushkil and Shivaay last year, the two are at loggerheads again this year. Both of them have announced a film on the same theme —  the battle of Saragarhi.

Some time ago, actor-director Ajay Devgn took to his social media account and shared the first poster of Sons of Sardar: Battle of Saragarhi. A few days ago, Karan too announced his film, which he is co-producing with Salman, featuring Akshay Kumar.

From what we hear, Akshay and Ajay are slated to play the same role — of the legendary Ishar Singh — in the two films. That Ajay and Salman share a good rapport is known. Salman even made a special appearance in the Po Po song in Son of Sardar.

Says a source, “Ajay is upset with Karan and Salman for announcing a film on the same war story.”

But that’s not all. There’s one more film in the fray. Director Rajkumar Santoshi also announced his next film with Randeep Hooda, based on the same plot. The film is being produced by Group Chairman Raju Chadha under the banner of Wave Cinemas. Says a source, “Randeep has been learning about the Sikh culture and undergoing training for the role, but the film has been put on the backburner now that two heavyweight producers are bringing out the same plot in their films.”

A similar overlap of ideas happened when in 2002 two films released based on the life of Bhagat Singh — The Legend of Bhagat Singh and 23rd March 1931: Shaheed. The former featured Ajay and the latte starred Bobby Deol.