Spilling the beans about "Zero", Aanand L Rai also said that he has made Shah Rukh Khan fall in love with life. 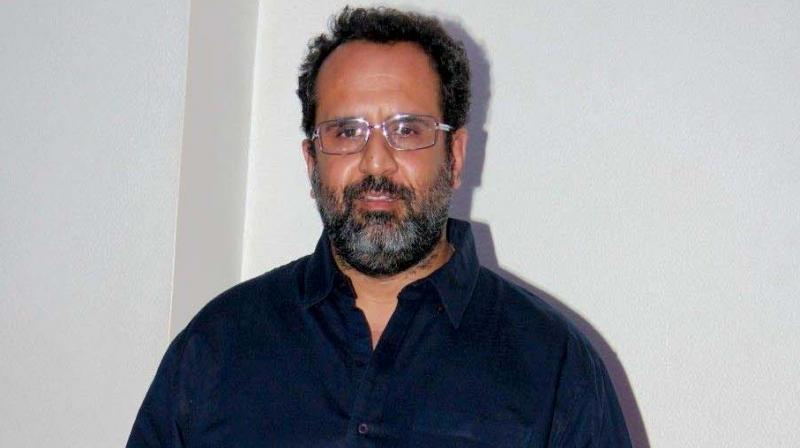 Mumbai: Shah Rukh Khan may have romanced some of the biggest leading ladies in the Hindi film industry, but filmmaker Aanand L Rai says in "Zero", he has made the superstar fall in love with life.

In the film, Shah Rukh is playing a vertically challenged man Bauua, who is in the search of the love of his life. The film features Anushka Sharma and Katrina Kaif as female leads.

Also Read | Zero: 'I was mesmerized by her', says Aanand L Rai about Sridevi

"The film is about incompleteness of any form - be it emotional or physical. But it has nothing to do with happiness. The film is about 'let's celebrate life in any form'. This film makes me feel very dreamy.

"I being on wheelchair can be a happier person than you. It is about accepting all the flaws and weaknesses and celebrate life. It is about romancing life not surviving. Don't survive... live," Rai told PTI in an interview.

The director says even though his lead character is vertically challenged and Anushka's role is that of a woman with cerebral palsy, he does not want the audiences to feel "sympathetic" towards them.

"I never wanted anybody to have sympathy or to have pity on my characters. As I have not treated them that ways. He being vertically challenged person, she being on the wheel chair becomes secondary, what becomes primary is the chemistry, the wit and the humour, this should be the way to see people."

Set in Meerut, Uttar Pradesh, "Zero" falls in the same slice-of-life bracket that Rai is known for.

"'Zero' is all about soul. This looks huge because of the demand of the story. But it is a very simple film," he says.

Rai has been working on the film for about five years. The director says the basic idea always revolved around a vertically challenged person and he wanted to make the film on a huge scale.

"I had the idea before 'Tanu Weds Manu Returns'. It was always a heavy film, it was always with VFX. That time there was an idea, we had a vertically challenged man then also."

Shah Rukh is facing lull at the box office as his few of his previous films including "Fan" and "Jab Harry Met Sejal" have not minted money. Rai, however, says only someone of Shah Rukh's status could have taken the risk of doing the film.

"His last couple of films have not done that well as expected but he went ahead and said 'yes' to a film. That is tough. But who else can afford to do this?

The film will arrive in theatres on December 21.