Earlier, people in the entertainment industry preferred getting married late, as a marriage might have affected their career adversely. 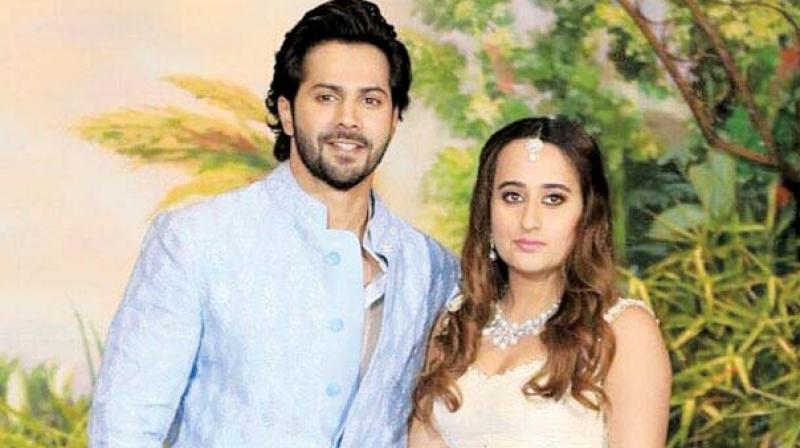 Marriage is de rigueur in Tinsel Town. With more and more younger actors being open to marriage, the next generation of Bollywood is not just ready for the band, baaja and baraat, but also making the occasion a dreamy affair, and not hesitating to shout it out from the roof tops, regardless of how it affects their career. After the grande celebrations of DeepVeer, Priyanka-Nick and Virat-Anushka, there are many more queuing to walk the aisle with exuberance. On a recent episode of Koffee with Karan, the latest to join this wedded ‘blitz’ is actor Arjun Kapoor who confessed about being committed to one women and also being open to marriage. On the same show, actor Varun Dhawan also revealed that he is dating Natasha Dalal, a fashion designer, and plans to get married to her.

Given the huge shor-sharaba of Bollywood weddings, one thing is quite clear, the new generation of actors is going all out to show their love unlike in the past when actors were concerned about how their marriage might affect their careers and image.

Earlier, people in the entertainment industry preferred getting married late, as a marriage might have affected their career adversely. Yet, actors like Shah Rukh Khan, Aamir Khan… have proved this otherwise. They went on to attain success in both their personal and profession lives. In the recent past, Virat-Anushka, Sonam-Anand, Priyanka-Nick, and Deepika-Ranveer have also bust such traditional ideas of singlehood being a marketable commodity. So the trend is here to stay... and many believe it is a welcome change.

“Marriage is a huge celebration of families coming together with the motto of bringing smiles to everyone’s face,” says actress Radhika Chetan, who adds, “Marriage is an individual’s decision be it a celebrity or a common man. People should not care about the society. It is a huge responsibility, and for a few it comes early, and for some it does not come at all. My grandparents got married in their 20s and till now they have their spark and love alive.”

This augurs a new era in Bollywood as well. And other film industries too. Sociologist Romica Vasudev, feels, “Parallel cinema and mainstream cinema offer roles for artists of all ages today, so marriage is no more seen as a barrier to one’s career.”

The fact that divas who are at the peak of their career, like Deepika and Anushka have chosen to say, “I do,” and told the whole word, goes lengths to show that both a career and a personal life matter, and can be pursued simultaneously. She also mentions, “Age wise too, it is not just about marrying early, and there is no perfect age to get married. It is a sign of confidence in their relationship and their craft, which is very subjective.”

Actor Karthik Jayaram agrees with the sociologist, and also delves deeper into the dynamics of a relationship, “It is a huge decision which people take for themselves, not for others. It is not really a trend, just changing times. Previously celebrities focused on building a successful career, but now times have changed, and today people need to focus on their personal life and also need a partner. It is good for them. The society is definitely accepting it.”

Even down south, the trend has been to keep a marriage underwraps. Recently, reports emerged about actress Sruthi Hariharan’s marriage, and she finally came out when circumstances demanded it. Yet, we see a shift, even if it is miniscule with Radhika Pandit and Yash’s wedding celebrations earlier, and actor Diganth and Aindrita Ray announcing their nuptials to be held on December 11. Diganth and Aindrita also went on social media to confirm the same.

Psychologist Prashant Das concludes, “There are different scenarios to why younger celebs are getting married and telling the world — one reason is the fame and success attached to both their names, second might be giving their partner a helping hand, and the third is love.” Cupid is clearly working hard for all concerned