In 2012, the Nirbhaya gang rape in Delhi brought the nation to a standstill. 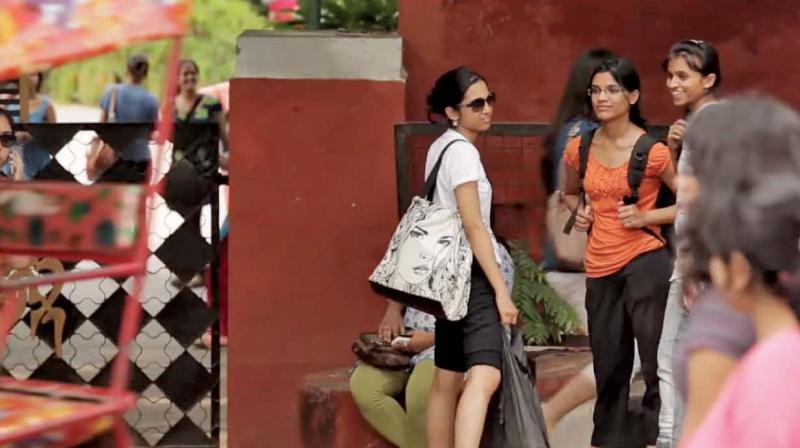 A still from The Daughters of Mother India

In 2012, the Nirbhaya gang rape in Delhi brought the nation to a standstill. The barbaric act not only pushed people out on the roads expressing their anger, but it also threw the police in an odd spot. While the nation demanded action and a safer place for women, filmmaker Vibha Bakshi stood there looking for answers. Her quest for answer paved the way for her documentary The Daughter of Mother India that went on to receive a National Award in the Best Film on Social Issues category. “I saw all the protests and was a part of it just like any other women and not a director. I stood there as two people — as a proud daughter of India and as a seeker, looking for answers on how we reach this point. In a way, the film was the cry of my conscience,” she shares and adds that her film offers no solutions or answers. “But with it we were able to stir a conversation and create a dialogue. In a certain way, it broke the conspiracy of silence. We left the verdict to the viewer as to what they can do and empowers the viewer to bring the change they want to see,” she explains.

While her documentary got her a Doctorate from her alma mater — the Boston University, Vibha wanted to dig deeper to find that one thing that would make this movement a success. As she spent a lot of time on the field researching, she realised how the society is getting buried in bias and prejudices throwing men and women into the boxing ring. It was then the idea of involving men to be a part of the change came to her and eventually resulted in Son Rise. “Unless men become part of the struggle or play their pivotal role in changing the narrative on gender equality, we will never win. Earlier it was with the police, now with men. It is not them versus us,” she exclaims. 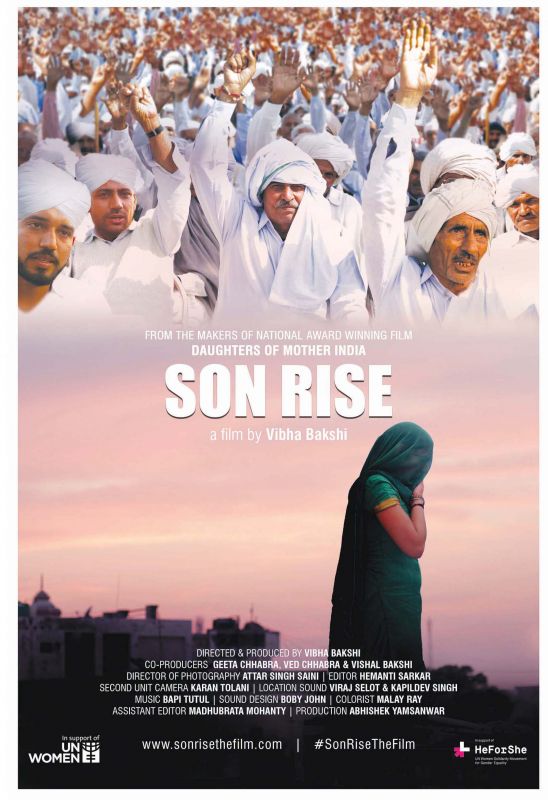 Shot entirely in Haryana, Son Rise revolves around four men who have defied the societal norms and stood up to injustice. “I spent two years in Haryana and found my heroes there. Probably, you and I may not find such men around us. These are ordinary men, silent heroes. We have shown their side of the story that ain’t any fairytale. How tough the fight is and none of them is giving up. This to me is so powerful,” she smiles.

From the biggest Khap leader, farmer, folk singer to a wrestler or a village chief, Vibha has gone to the darkest corners unearthing stories of men coming from the belly of patriarchy who are acting as a catalyst in changing the narrative of gender inequality. “I met a farmer who had an arranged marriage and found his would-be wife was a gang rape survivor. She mentioned it to him during the courtship and asked him to find a reason and leave. But he turned around and said, ‘Shame is not yours, it is ours. As a society, we let you down’. Now he is fighting to get his wife justice,” she narrates adding that an anonymous caller informed her about the farmer giving just a name. She then took the help of the police to trace the man down.

In another incident, the documenter focusses on a medical officer who goes on to speak about the status of female foeticide in Haryana. The film also brings to light the largest Khap who has pledged zero foeticides in 1000 villages under him and has created the first women Khap panchayat in Haryana. Though the film revolves around four men, for Vibha everyone who has dared to come on screen to speak and be part of it is a hero.

While The Daughter of Mother India was the most awarded social campaign in the world by the Global Creative Index in 2017, Son Rise has the support of the United Nations as part of their HeForShe campaign.

“Through the film, the aim is to collect a million pledges as part of the campaign where men will pledge to build a safer society for women and children,” says the director. Vibha has dedicated the film to the courage shown by the people of Haryana.

“I thought if I could see the sunrise from the darkest corner then there is hope. Those hopes have been imparted into the people who want change and are thus coming forward. I hope every man who watches this film, comes out a little changed,” she concludes.

The film Son Rise is scheduled to premiere on January 15, 2019 in Delhi at India Habitat Center, followed by Mumbai and New York

Karan Johar knows why his son called him 'joker'

When King of Bollywood met King of E-commerce in Mumbai