Entertainment   Bollywood  05 Dec 2017  Ajay is super easy to work with, you forget that he is a superstar: Ileana
Entertainment, Bollywood

Ajay is super easy to work with, you forget that he is a superstar: Ileana

After impressing audiences with their chemistry in 'Baadshaho', the pair is working together again in 'Raid.' 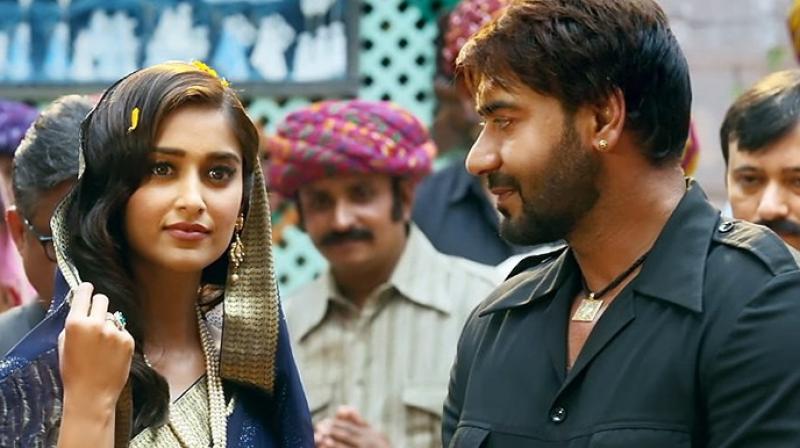 Mumbai: Ileana D'Cruz, who has worked with Ajay Devgn on two films -- 'Baadshaho' and the forthcoming 'Raid, has said working with the actor is easy as he does not behave like a superstar.

Directed by Raj Kumar Gupta, 'Raid' set against the backdrop of the 1980s will feature Devgn as an income tax officer hailing from Uttar Pradesh.

"We are almost done with it (the film). Working with Ajay has been really smooth. He is one of those people who is just so easy to work with. You forget the fact that he is this big superstar, because he is super easy to work with," Ileana told reporters.

The 'Barfi' actor said the film is backed by solid content, and she is happy to have bagged a "great role" in the movie.

"I think it is something that people want to see now, they want great stories, great content. So, the film has got great content," Ileana added.

This year has been fairly good for Ileana as both her releases 'Mubarakan' and 'Baadshaho' did well.

"I think it's gone by really fast. I don't believe that so much has happened. I had two great films that released, really different films. I do feel it's been a really good year for me," she said

She was speaking at Star Screen Awards here on Sunday night.