The magnum opus will hit the screens on December 6 this year. 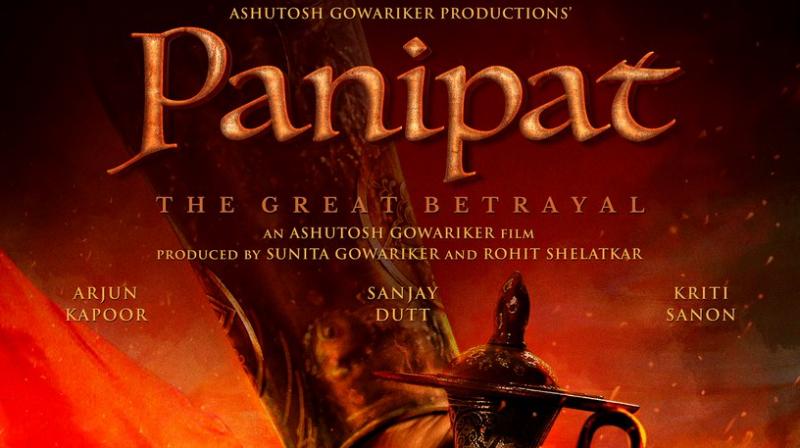 Mumbai: Ace director Ashutosh Gowariker is back with a bang with his passion project 'Panipat', starring Arjun Kapoor, Sanjay Dutt and Kriti Sanon. The director will be making his comeback with this film after the debacle of 'Mohenjo Daro' (2016) starring Hrithik Roshan and Pooja Hegde.

'Panipat' shows the events that led to the Third Battle of Panipat, when Sadashiv Rao Bhau (Arjun Kapoor), the Commander-in-Chief of the Maratha army led a northern expedition in order to repel the invading forces of Ahmad Shah Abdali (Sanjay Dutt), the King of Afghanistan. Kriti Sanon will be seen playing Parvati Bai, wife of Sadashiv Rao. The trailer  promises an epic war saga with loads of action, drama and whirlwind of emotions.

Ajay-Atul have composed the music for the film, while the songs are written by Javed Akhtar. The film's royal look has been designed by National Award winning art director Nitin Chandrakant Desai.

Produced by Sunita Gowariker and Rohit Shelatkar, 'Panipat' will hit the screens on December 6 this year.