The Khans, touted as the last gen of superstars in Bollywood, have once more proven why they deserve the title. 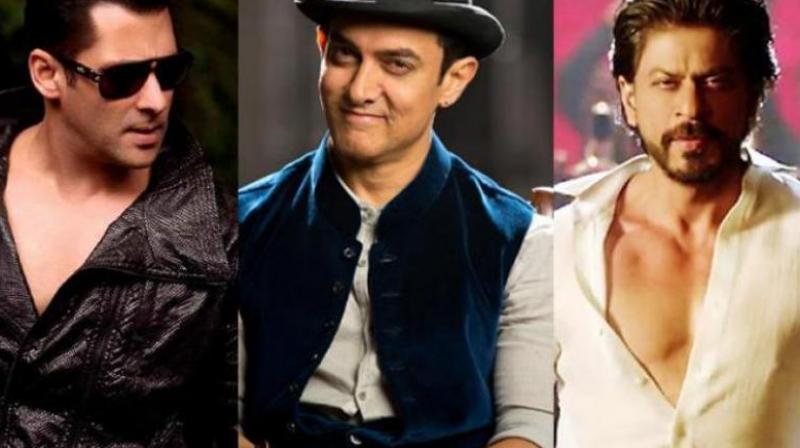 The Khans who are touted as the last gen of superstars which Bollywood has seen, have once more proven why they deserve the title.

Often termed as friends-turned-foes-turned friends with their hot and cold equation with each other, they have proven that all the three are brothers for life.

This brotherhood seems to have translated in their professional life too, as they are knowingly or unknowingly trying to set a trend.

Recently at the Zero trailer launch, Shah Rukh Khan had revealed that it was Salman Khan who was keen that SRK should do the film. It so happened that Katrina Kaif first read the script of Zero, which she discussed with Salman. Since then Salman wanted to be part of the film.

It was also for the same reason that Bhaijaan did a song appearance in the film. This mini teaser from the song has already driven the netizens crazy, who are now looking forward to Zero!

Similarly Aamir Khan passed on his project to Shah Rukh Khan, a surprise which we were not expecting considering the two did not come face-to-face since long.

Aamir and SRK met at a Netflix meeting, post which their bond seems to have strengthened to the lengths that Aamir was invited to watch Shah Rukh’s Zero trailer before the world could, they come together for get-togethers, recent being the Diwali bash hosted by Shah Rukh Khan.

Aamir even passed on his project, the Rakesh Sharma biopic, which is tentatively titled Saare Jahaan Se Accha, to Shah Rukh Khan.

Confirming the same during an interaction, he said, “It's a great script. I loved the script and Rakesh Sharma's story is fascinating. And it is also true that I called up Shah Rukh and I said, 'Shah, I think you should hear the script and it's a wonderful script. I think it would be right for you if you like it. I'm glad that he liked the film and that he is doing it.”

So with Salman and Aamir passing on their scripts to Shah Rukh Khan, it does look like the Khans are reducing the feeling of constant competition in Bollywood.