Shah Rukh Khan and Salman Khan’s next project is out, but Aamir hasn’t revealed anything about his next yet. 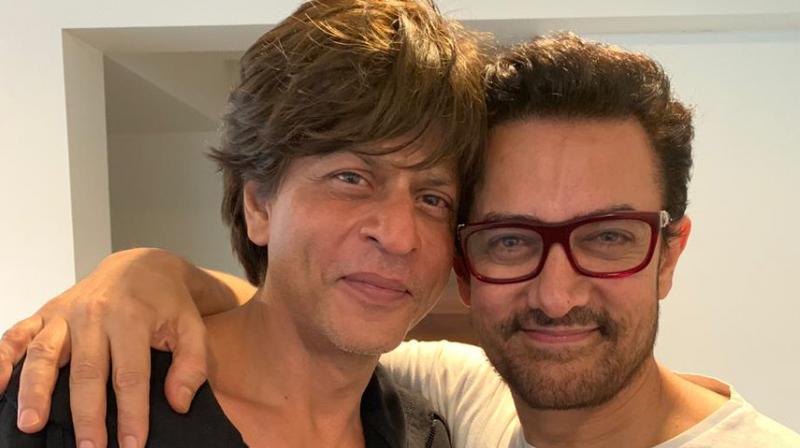 Aamir Khan is all set to show his Thug avatar with Thugs Of Hindostan. But his next project is yet a mystery. While some say it would be Osho biopic, others claim it could be Mahabharat.

While Aamir confirmed neither, one thing is for sure, and that is the fact that the superstar left the Rakesh Sharma biopic to pick his next project, but not without recommending it to Shah Rukh Khan.

When first asked about the project Saare Jahaan Se Accha, Aamir asked, “Did I confirm the project?”

Then when he got to know that Priyanka Chopra had mentioned his name while speaking about the project, he was left in a dilemma and only went on to say, “It's a great script. I loved the script and Rakesh Sharma's story is fascinating. And it is also true that I called up Shah Rukh and I said, 'Shah, I think you should hear the script and it's a wonderful script. I think it would be right for you if you like it. I'm glad that he liked the film and that he is doing it.”

So while Shah Rukh Khan and Salman Khan’s next project is out in the open, Aamir remains the only Khan who hasn’t revealed anything yet. He is not even going back to his TV show Satyameva Jayate as he mentions that the team is still busy with Paani Foundation, trying their level best to raise awareness among the locals and train them in proper farming methods.