The price of one ticket goes up to Rs. 1,800 which isn’t even the cost of popcorn and pepsi included with the film. 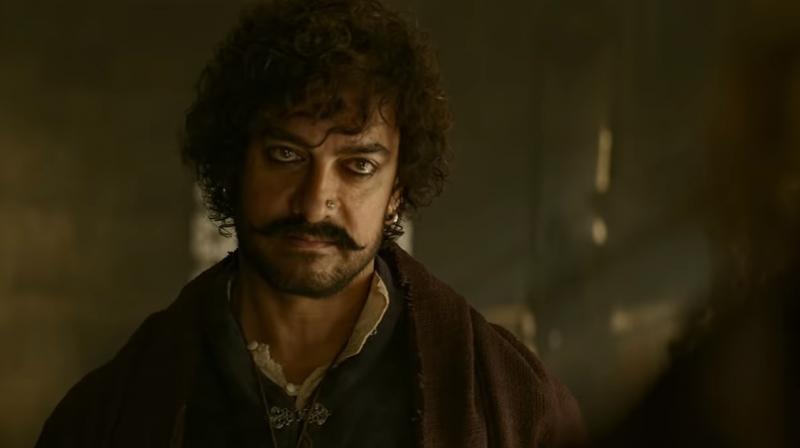 Thugs Of Hindostan starring megastars Amitabh Bachchan and Aamir Khan, is all set for a release on November 8.

While most are eager to watch the film, the sky-high ticket prices do prove to be an obstacle for the common man, who has to think thrice before emptying their pockets.

The price of one ticket goes up to Rs. 1,800 which isn’t even the cost of popcorn and pepsi included with the film.

When Aamir was told about the same, his reaction was that of eyeballs popping out, post which he said, "I personally believe that ticket price should be cheaper and cheaper so that a greater number of people can go and watch the film. It will be my dream to see an increasing number of economy theatre where maximum people can get access to the film. Alongside, there can be plush theatres as well."

But he also supported the film and said the experience will be worth it. "Having said that, TOH is an expensive film and I understand why the YRF distributors are doing this. But I would say that Indian audience has not seen such a spectacle of the film, so it would be worth their money," said the National award-winning actor.