A fan-requested for a picture with Sushant, and that’s how the pictures went viral. 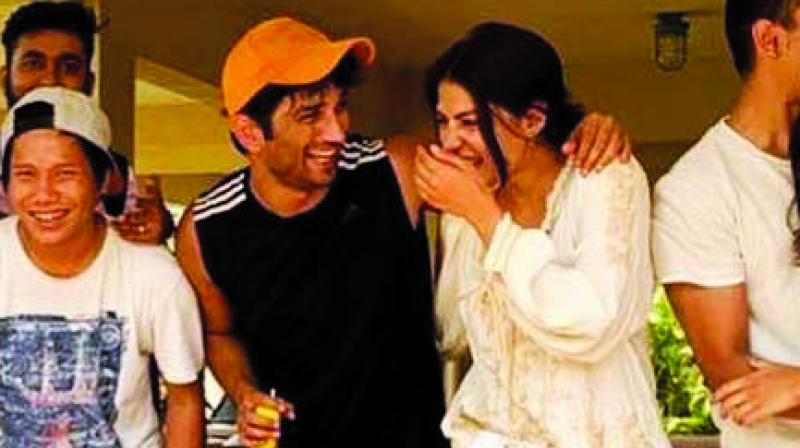 Sushant Singh Rajput and Rhea Chakraborty are the new alleged couple in B-town. While the two have been playing hide and seek with the media, very often they have been spotted together.

Recently, one of Sushant’s fan posted a picture of the two together, where they were going to US Club in Colaba to spend some time by the seaside. It is also a zone where paps cannot enter.

A fan-requested for a picture with Sushant, and that’s how the pictures went viral.