I am happy to repeat my clothes, says Konkona Sen Sharma

Apart from this, her film Lipstick Under My Burkha is going to open the festival. 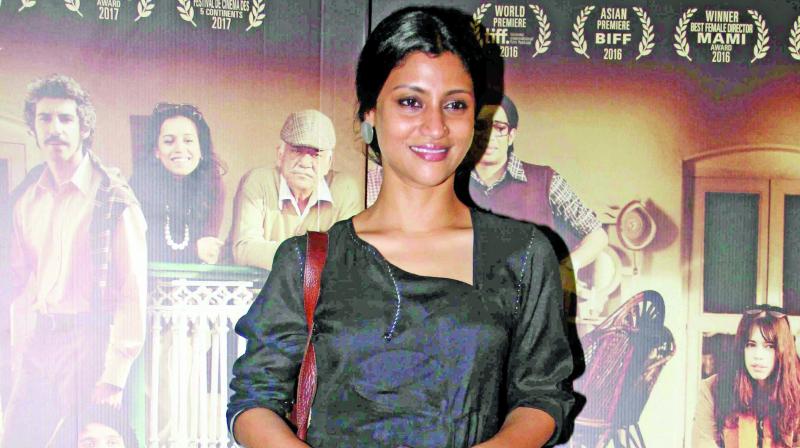 Her last two films — Lipstick Under my Burkha and A Death in the Gunj — as an actor and director respectively has set a benchmark in Hindi cinema. Now she is all set to head for the Indian Film Festival of Melbourne (IFFM) as she is nominated for best director for her film A Death In The Gunj. Apart from this, her film Lipstick Under My Burkha is going to open the festival.

While most of the festivals are also highlighted for fashion and what the actors are wearing at the red carpet  Konkona says she is someone who doesn’t mind repeating her clothes.  She says, “Sometimes it can be stressful. Like any normal person, sometimes I like to dress up and sometimes I don’t. I do repeat my clothes because I feel fashion has to be sustainable; and right now its not. It’s bad for the environment and I am happy to repeat my clothes. I am the kind of person if I like something I will wear it till I get bored.”

Konkona is thrilled about the fact that she is going with a film she has acted and also with the one she has directed which happens to be very rare. She says, “I am thrilled as it’s so rare to be able to go to a festival with the film you have acted and with a film directed by you. I am determined to make the most of it.”

Tags: lipstick under my burkha, a death in the gunj, konkona sen sharma