The taboo topic of erectile dysfunction being explored in a mainstream upcoming movie is a welcome sign of a new openness in Bollywood. 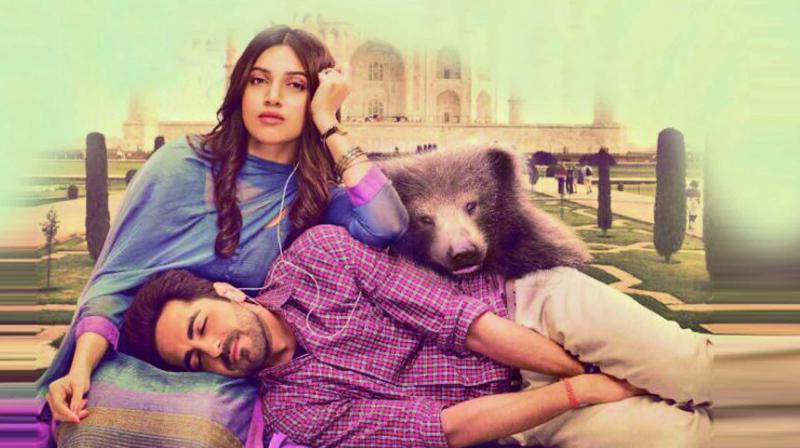 The poster of Shubh Mangal Savdhan

“You whatsapp me the details of your husband and yourself and I will make him fit as a horse. You will need to deposit Rs 3,000 in my bank account. I have been doing this job for 18 years and have successfully treated many patients for sexual problems,” says tantrik baba Radheshyam. The baba, who doesn’t know the term Erectile Dysfunction (ED), tells this reporter over the phone that he can cure any man’s sexual problems without the patient even visiting him.

While he claims his tantrik kriya over three days will cure ED, other babas charge hefty sums for ‘herbs from Himalayas’ to cure the same. The taboo surrounding the ailment ensures them a steady clientele.

There’s an uncomfortable silence surrounding the topic of erectile dysfunction, and many find it difficult to acknowledge the problem as a medical ailment since the nature of the problem clashes with the cultural concept of machismo in a patriarchal society. Shame and inhibition make most men grappling with the ailment avoid consulting a doctor and furtively visit quacks who promise to treat sexual problems and restore ‘masculine strength’.

However, breaking the silence on this subject is the upcoming film Shubh Mangal Savdhan by director R.S. Prasanna. The topic has till now largely been used as a joke in Indian cinema and never discussed seriously. Whether the movie change attitudes about the issue remains to be seen. But the fact that this taboo topic is being explored in a mainstream movie is a welcome sign of a new openness in Bollywood.

Relationship counselor Dr Kamal Khurana opines that much of the problem has to do with psychology. “Ninety-nine percent of ED disorders happen because of psychological problems. So instead of visiting a sexologist or a phychiatrist, people end up going to these babas, because they have heard that such procedures work. What actually happens is that at times, some of these powders and ‘medicines’ provided have a placebo effect on people. Since no one talks about ED openly, such babas gain a name for themselves.”

He adds, “I appreciate that such a film is being made. I really hope it starts a dialogue in families and circles where it is needed. ED is no different from any other disorder and needs to be discussed openly.”

Sexologist Dr Sudhir Bhola agrees, “While some herbs might help some patients in some way, it is absolute nonsense that a person can treat ED through a tantrik ritual. People fall prey to that because our country has a lot of negativity attached to sex and disorders related to sex.”

In a country where there are many cases of families pinning the blame on the woman when it is the husband who is impotent,  ED is a disorder that easily and strongly hurts masculine pride. In such a milieu, will a film like Shubh Mangal Savdhan likely to make men confront their fears related to masculinity, or are they more likely to give it a wide berth?  Ahmad Faraz, from Men Engage Delhi, says, “Of course, many men are going to feel uncomfortable. But it is important to make a film like this. I hope the film shows that ED is perfectly normal. It is commendable that such an issue is the main theme of a film.”

While it remains to be seen how the film fares with CBFC, director Avinash Das says on a positive note, “Prasanna is a big director and I am sure he will be able to get this movie released without much alteration. ED affects more people than one would like to believe and it is great that this film is being made. These are the types of films that the society needs today.”

About whether this film could give more people the courage to consult doctors freely, psychiatrist and sexologist Dr Ashish Mittal says, “I hope it does. A lot of times people don’t know who to consult for sexual problems. People could have ED for various reasons like anxiety, depression, skin problems, psychological issues etc. When one visits alternative practitioners for ED, they never really diagnose the root cause. One is simply prescribed some medicine.  Allopathic doctors cannot advertise but alternative healers can and a lot of conmen abuse this, especially in case of sexual problems.”

He further explains, “Government should take stock of the situation because people end up spending lakhs on these conmen who claim they can treat disorders like ED. This is a type of fraud and people don’t even complain in the end because they are so ashamed.”