Entertainment   Bollywood  05 Jul 2019  Saaho song: Prabhas’ dance moves in the teaser of ‘Psycho Saiyaan’ is to look out for
Entertainment, Bollywood

Saaho song: Prabhas’ dance moves in the teaser of ‘Psycho Saiyaan’ is to look out for

In a never seen before avatar, the very charming Prabhas has worn the dancing shoes for his upcoming release ‘Saaho’. 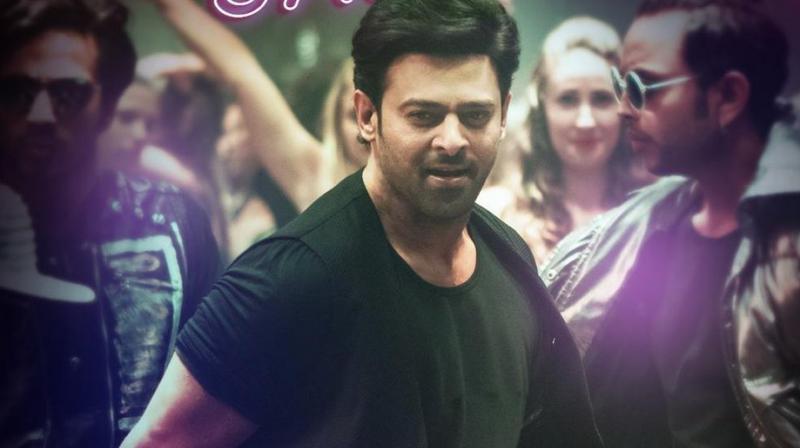 Prabhas in the song.

Mumbai: In a never seen before avatar, the very charming Prabhas has worn the dancing shoes for his upcoming release ‘Saaho’. The teaser of the first song ‘Psycho Saiyaan’ has Prabhas oozing oomph and swag while he swoons to the rhythm of the catchy glimpses from the song which already has the audience waiting for the release.

The actor who is known for his charming self, modest demeanor and the masculine outlook is seen donning a new skin for the character by wearing a dancer’s robe. Dancing alongside the sizzling Shraddha Kapoor, Prabhas has already made our hearts sway in this dancing number. So much so, that as soon as the teaser dropped, the fans went berserk over various social media platforms and the tension is real!

The song is set to be another hit on the charts and is sure to have everyone groove on the dance floors in every party. Psycho Saiyaan is all set to release on 8th July, 2019 and the audience absolutely can’t keep calm.

Ever since the first glimpse of Prabhas was released by the makers with the series of ‘Shades of Saaho’ from the film, the female fans of the actor have gone all gaga over his new look and have not shied away from pouring in all their love for the star who holds a pan India appeal.

The actors' popularity has seen no boundaries after the orbit breaking blockbuster film ‘Baahubali' franchise success which has garnered international acclaim as well.  Ever since the fast - paced, action packed teaser has been released, the audience cannot stop gushing over Prabhas.

The actor shot to fame with his fantasy adventure movie Baahubali: The Begining, which released in 2015. The second instalment of the franchise Baahubali 2: The Conclusion has been the highest grosser films ever in the history of Indian cinema. Prabhas who has dedicated five years to the shoot of Baahubali was showered with multiple offers during the shoot of the film, however, Prabhas chose to focus only on the magnum opus.

The actor will be next seen in the big-budget film 'Saaho' alongside Shraddha Kapoor and his next movie under the direction of ‘Jil’ fame Radha Krishna Kumar. The working title of the movie is ‘Amour’ along with Pooja Hegde.