Radhika Apte reveals the secret of her unconventional film choices; find out

Radhika Apte will be next seen in a film alongside Nawazuddin Siddiqui. 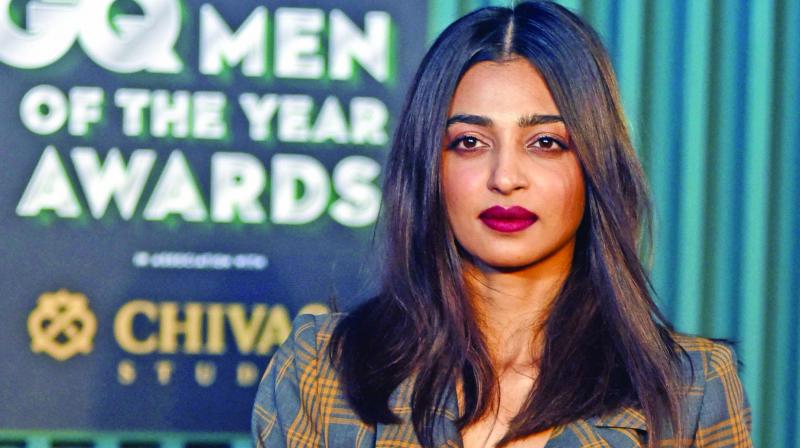 Mumbai: Radhika Apte, the Indie star who is a highly opinionated actress, got heads turned after stating very bold statements on her work front. Riding high on the success of her recent projects namely, Andhadhun and the acclaimed web series, Sacred Games, the Indie star of Bollywood, Radhika Apte is known for her unconventional portrayals and continues to rule over the hearts of the audience with her work.

When asked about how does she feel when people think that she has just arrived in various platforms of workspaces, Radhika Apte shared, "It's always the script. I don't feel those things or anything like that. I keep myself away from thoughts like I have arrived', so they don't come to me. I focus on my work. That's it."

No doubt that Radhika has always been focused on her work. The actress' commitment towards her work is commendable as she has given us consistent Bollywood and OTT hits with stellar performances.

The indie star has been ruling in the Film Industry for the past 14 years and she has been spreading her wings of versatility by acing Hindi, South, Marathi as well as Bengali films. Her two movies Andhadhun and Padman are on the top rated Bollywood movies list and her "omnipresence" is much talked about with the screen presence she possesses.

Radhika's two movies Andhadhun and Padman are on the top rated Bollywood movies list and her "omnipresence" is much talked about with the screen presence she possesses. The actress who is constantly seen on an OTT platform with her 'omnipresence' all across is now receiving offers from many storytellers of different platforms.

Radhika Apte will be next seen in a film alongside Nawazuddin Siddiqui for which the actress has already finished the first schedule shoot in Lucknow, The pair was last seen sharing screen space for a web series.