I am voluntarily unemployed: Anupam Kher

Anupam feels One Day: Justice Delivered makes an important statement about the political situation of the country. 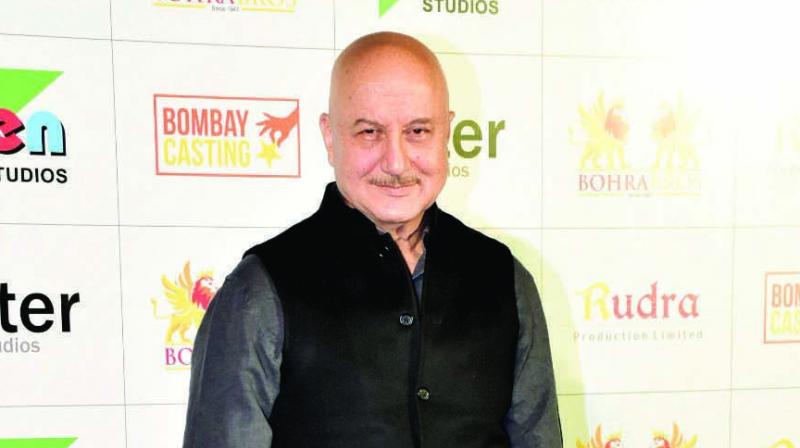 “But for now I am unemployed, and happily so. After doing over 500 films, I need to sit back and look at what I’ve done. This is the interval of my career,” says the indefatigable Anupam, who started his career as a movie actor with a small role in Muzaffar Ali’s Aagaman, and never looked back since.

The actor adds, “I am proud of every single film that I’ve done, and that includes those films for which I was severely pulled up. I won’t name them. But we all know which films I’ve been reprimanded for. But they all mean something important to me, every film of mine.”

Anupam feels One Day: Justice Delivered makes an important statement about the political situation of the country. “It’s important for cinema to reflect on the issues that occupy the nation’s mind. Cinema can’t be all entertainment. It must also serve the purpose of holding up a mirror to the country’s socio-political reality. One Day: Justice Delivered does that,” he avers.

The actor sees it as part of a movement in Indian cinema towards a more authentic political statement. The route that was taken decades ago by Shyam Benegal, Govind Nihalani and Ketan Mehta is now being taken by filmmakers like Neeraj Pandey, Anubhav Sinha and now Ashok Nanda.

The political nature of his latest film reminds us of another important film in Anupam's career — Neeraj Pandey’s A Wednesday.

But Anupam shoots down the parallel, “Would you say my Saaransh is anything like Maine Gandhi Ko Nahin Maara? Or that my Dilwale Dulhaniya Le Jayenge is like Haseena Maan Jayegi? One Day: Justice Delivered has its own narrative, its own destiny. I am curious to know how audiences will react to it. This film is not like anything I’ve done in the past,” insists the actor.