John’s last outing, Parmanu, has done incredibly well. “I am happy that Parmanu has garnered a lot of eyeballs. 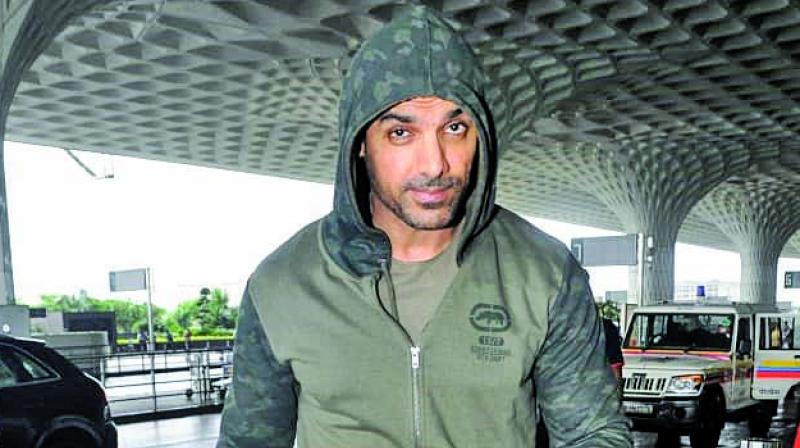 John Abraham has gone from being a complete outsider to making a place for himself in the Hindi film industry. He’s proved that you don’t need to have the right surname or the right connections to make it here.

Talking about his journey, he says, “At the age of 18, my father taught me and my brother to work hard and make a place for ourselves in whatever professions we choose. I am happy that I followed his advice. That’s why I’m able to sustain myself in this industry. I have worked hard, and now, I’m producing and acting in films.”

Ask him about the scene, and he says, “It’s an emotional dialogue written by my writer Milap Jhaveri. The film has loads of action, but we needed some emotion as well. Your characters have to be relatable and, the dialogue needs to have some drama, thrill and emotion for audiences to be able to connect to it.”

We don’t know about the rest of the film, but this one dialogue is sure to make women happy. Not only does it say that wrong-doers should be punished for their deeds, it also says that women have the right to raise their hands when the need arises.

John’s last outing, Parmanu, has done incredibly well. “I am happy that Parmanu has garnered a lot of eyeballs. The fact that audiences like the film makes me proud. It’s still running in theatres! And I hope it stays there until Satyameva Jayate releases,” he says.

Is there any pressure on him to deliver another hit? “I make films and participate in films that have drama and emotions. Satyameva Jayate has drama, thrill, action, and loads of emotion, so audiences will connect with the film. I’m sure they will like it,” he concludes, a tad evasively.