‘Soorma’ features Diljit Dosanjh in the role of Sandeep Singh with Taapsee Pannu and Angad Bedi in pivotal roles. 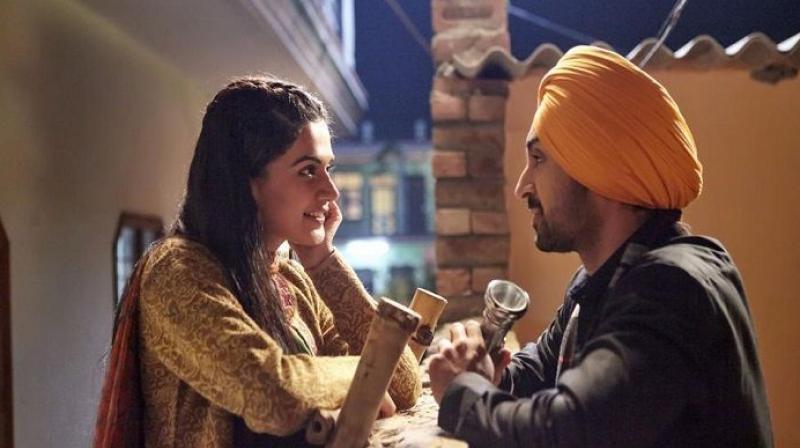 A still from 'Soorma'.

Diljit Dosanjh starrer ‘Soorma’, also featuring Taapsee Pannu and Angad Bedi in pivotal roles, has been registered in people’s minds ever since the trailer of the film released.

Looking like an entertainer with drama, romance and lots of action, ‘Soorma’ made its way through the CBFC, getting certified with ‘U’ tag.

The film has also been edited and now the final runtime of this one is merely 2 hours and 11 minutes.

‘Soorma’ is the story of a forgotten hero Sandeep Singh, whose story promises to inspire every individual in some or the other way.

It is a lesser known fact that Sandeep Singh has been hailed as one of the world' most dangerous drag-flickers of all time with drag speeds of over 145 km/hr which led to his nickname ‘Flicker Singh’.

Sandeep Singh's inspiring story had the makers keen to bring his life on the silver screen.

‘Soorma’ will feature Diljit Dosanjh essaying the role of Sandeep Singh alongside Taapsee Pannu and Angad Bedi in the pivotal roles.

Produced by Sony Pictures Networks Productions, Chitrangda Singh and Deepak Singh, ‘Soorma’ is written and directed by Shaad Ali and is slated to release on 13th July, 2018.