How Big B shot KBC promo himself

Amitab Bachchan shot a promo for the show all by himself, with remote direction from Nitesh Tiwari 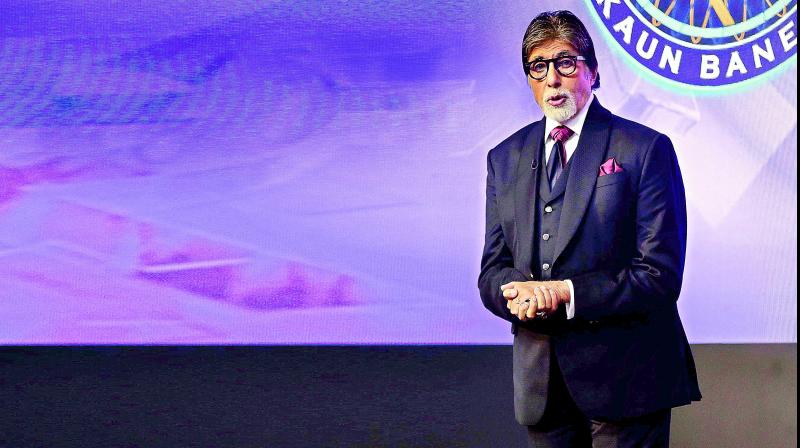 The promos will air from May 9-22 on Sony TV, where the show is being telecast, and Bachchan will be seen asking a question every day for two weeks.

It seems that Amitabh Bachchan can do anything, and the legendary actor recently proved it — Bachchan shot a promo for the iconic TV show Kaun Banega Crorepati, which is in its record 20th year at the moment, all by himself with remote assistance from director Nitesh Tiwari.

The filmmaker first planned the promo and then decided to try it on himself.

“Shooting the film was a challenge. I shot the scratch film with myself and shared it with Mr Bachchan, for him to get an idea about my vision, after which Mr Bachchan shot the entire film at home, all by himself,” reveals Tiwari, who has directed Bachchan earlier in Bhoothnath 2.

The promos will air from May 9-22 on Sony TV, where the show is being telecast, and Bachchan will be seen asking a question every day for two weeks.

The digital arm of the channel Sony Liv will also be used for the show, where online auditions including a GK test and digital submission will take place.
Interestingly, the current campaign for KBC looks at the carnage left behind by the Coronavirus with a tagline — Har cheez ko break lag sakta hai — sapnon ko nahi (Anything can be paused, but not dreams).