Entertainment   Bollywood  05 May 2017  TV has created an industry that is by, for and about women: Ekta Kapoor
Entertainment, Bollywood

TV has created an industry that is by, for and about women: Ekta Kapoor 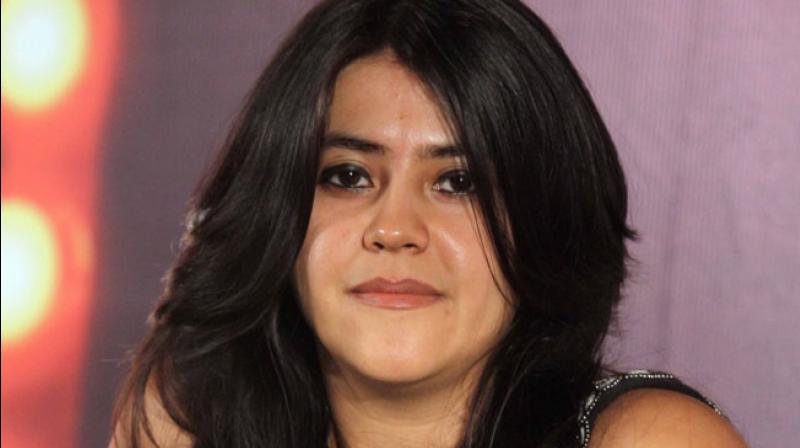 Mumbai: Producer Ekta Kapoor says no matter how much the ‘intellectuals’ look down upon daily soaps, small screen has done more for women empowerment than movies.

“TV has done way more for women empowerment than any film has. It has created an industry that is by, for and about women. It has put female characters on front. You cannot have a problem if the antagonist and protagonist is a woman,” Ekta told PTI.

“Marital rape, domestic violence, cancer awareness, older people getting jobs, everything has been dealt with on TV first. Tulsi (popular character from 'Kyunki Saas Bhi Kabhi Bahu Thi') shot her son for marital rape, we might've done a dramatic spin-off to get attention of people but we put a point out there,” she added.

“If you're missing the point, and going after the presentation...Women wearing over-the-top makeup then you're actually the myopic one.”

Ekta says through her TV shows she has raised several socially relevant topics but people have overlooked them.

"The myopicness is in their mindset. Not once has anyone mentioned that India has done a transgender show on TV and brought the issue on a large scale. It's not my show but it's admirable. If you want to have a factual argument, come and talk to me and you will lose," observed Ekta.

Ekta says nitpicking on ‘presentation’ of women while missing the core point of a show is problematic and is nonchalant about certain section of the audience who find her content regressive.

“That's only the intelligentsia, the masses put them down very nicely,” Ekta says about the criticism.

The film-TV producer says the ‘intellectuals’ are quick to label anything commercial as nonsense and laud an off-beat project.

“Anything accepted by the masses has to be bad. They (intellectuals) sit there and have problem with anything which works. Because it works, it's entertaining, it cannot be good,” she says.

The 41-year-old producer has forayed into the online streaming service 'ALT Balaji', which has diverse contents ranging from a recreated version of ‘Devdas’ with a central female character to a gay love story.

Ekta says, apart from the high of delving into a limited-episode format, telling the stories which otherwise would be difficult to present on TV was ‘liberating’.