The producer of the film Sandeep Ssingh had tweeted on Thursday regarding the film’s release date. 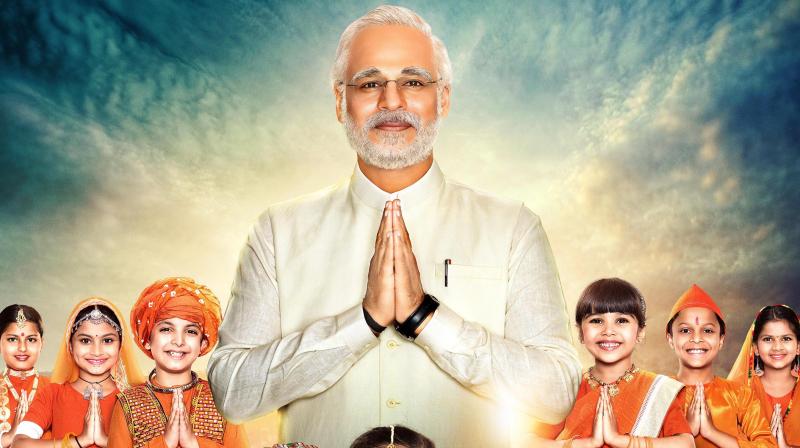 New Delhi: The release of ‘PM Narendra Modi’ has been postponed and the new release date is yet to be confirmed. Central Board of Film Certification (CBFC) chairperson Prasoon Joshi said the film is undergoing the due process of examination and certification.

"Since there are a lot of queries around the certification of the film, would like to give a clear picture. The film is going through the due process of examination and certification according to the requisite guidelines and is yet to be certified as the process is not complete at this point," Joshi said in a statement.

The biographical drama was originally set to release on April 12 but the makers had advanced it by a week, claiming “public demand.” The producer of the film Sandeep Ssingh had tweeted on Thursday regarding the film’s release date. "This is to confirm, our film 'PM Narendra Modi' is not releasing on 5th April. Will update soon," Ssingh wrote.

The director of the film Omung Kumar in an exclusive interview with ANI also confirmed that the film is not releasing on Friday. “It is not releasing tomorrow. But the film will release soon and everyone will get to know about it soon. We don’t want to reveal the date right now. The opposition had come forward and tried things. It’s late but we know what date to release it on,” Kumar said. However, they did not clarify further, but according to the censor board chief, the process is still underway.

The film, fronted by Vivek Oberoi has come under a cloud, with opposition parties claiming that its release was planned for April 5 with the intention of influencing voters in the Lok Sabha elections. Various political parties also stated that releasing it less than a week before the general elections is a violation of the model code of conduct.

The SLP demands an immediate stay on the release as an ad interim relief to the petitioners. The petition mentioned that high court has not taken all the aspects of the petition into consideration before rejecting the plea.

On Monday, the Bombay High Court disposed of the PIL seeking a stay on the film’s release. The court noted that the Election Commission (EC) has already issued a notice to the makers of the film over allegations of breach of the Model Code of Conduct in view of the Lok Sabha elections. The biopic also ran into trouble over credits. Lyricists Javed Akhtar and Sameer said that they were credited without contributing lyrics for the song of the film.

The producer, however, stated that their old songs were reworked so they gave credit to the artists. The film depicts the journey of Modi from his humble beginnings to his years as a chief minister and finally his landmark election as the Prime Minister. Oberoi is essaying the role of Modi.

The Lok Sabha election is scheduled to be held in seven phases beginning April 11 and concluding on May 19. The counting of votes will take place on May 23.