Each to his own, it seems that there is a lot of competition in the action category of Bollywood. 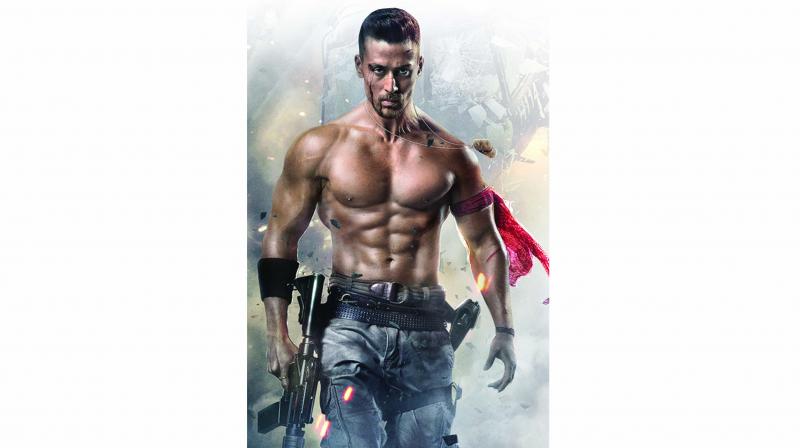 Actions films have been much loved over the decades. With the recent Baaghi 2 being a box office hit, we take a look at what makes these films so popular.

Tiger Shroff is being hailed as the new king of the jungle following Baaghi 2’s phenomenal success at the box office. It’s set to cruise past the Rs 100 crore mark on just day five of its release. Fit, fabulous and fierce, Tiger’s perfectly ripped physique and high-octane action is receiving a tidal wave of appreciation. But Bollywood has always loved its action stars, and has had a long line of action heroes, each very special in his own way, and all absolutel darlings of the masses. We take a look at what fans and critics love in action heroes and what they think about the new crop in this genre.

People feel that action cinema has a raw energy and it still connects to our primal feelings. “It goes with the revenge plot, which in our unjust society is one of the most successful plot devices for popular cinema. I still can’t forget the raw energy of films like Arjun, Tezaab, Prahaar, Hero and Parinda in the late 80s. Most of these are early career action films of superhit Bollywood stars like Sunny Deol, Anil Kapoor, Nana Patekar and Jackie Shroff. In the 90s, outsiders like Akshay Kumar and Sunil Shetty made their mark in Bollywood through action cinema. For an industry neck deep in nepotism, you can say that action played the most open and democratic entry gate to Bollywood for all ‘outsider’ heroes who wanted to get in and made their mark at the highest level. What I saw in Akshay Kumar and Sunil Shetty in the early 90s, I saw that same raw energy in Vidyut Jamwal and Jaideep Ahlawat, in their sleeper hit film Commando. That was the best action I saw in any new Bollywood film.

Revengeful, raw and inense. In Baaghi 2, Tiger Shroff is also following the same template for success, and looks like he is succeeding,”says Mihir Pandya, film critic.

On the other hand, Amartya Bhattacharyya, a filmmaker, writer and artist has a completely different perspective and says, “These commercial Bollywood films and these stars add nothing to Indian cinema. I’m not excited about these films or these stars. These films may earn hundreds of crores at the box office, but it adds nothing to our art and culture. I’ve never watched any film where Tiger has acted, so I can’t say how good or how bad an actor he is. But I hope he acts in a watch able film soon. May his attention turn towards cinema, rather than the market.”

Each to his own, it seems that there is a lot of competition in the action category of Bollywood. For instance, designer Dharna Hassija says, “I personally like Varun Dhawan not only as an action hero but an all rounder. He is quite versatile and in a short span he has done a number of different roles that showcase a variety.  Tiger Shroff though very fit and quite skilled in the action genre isn’t as versatile at playing other characters.” Whilst entrepreneur Mallika Jain, declares that Vidyut Jamwal is her favourite. “We could see his potential from his very first movie. He shared the screen space with John Abraham in Force and was immensely appreciated for his looks, fitness and action sequences. A martial arts expert, Vidyut is a promising action hero. If he were to be dropped in a forest, he would be missing from few press conferences for his movies and Bollywood parties. But one thing he won’t be missing on, is his workouts.

Also entrepreneur Deepika Krishna says, “Tiger Shroff is of course the favourite of the current lot of action heroes. Logon Ko Heropanti Aati nahi, Uski Jaati Nahi. Right from looks to acting to body to dancing, he is surely a multi-tasker. Tiger has surely proved his mettle with acting skills in the latest flick Baaghi 2 and one can not forget Beat Pe Booty craze, and certainly there is much craze for his upcoming flick. With so much around him, I will surely say Tiger is truly the Tiger.”

Talking about pure action, Shweta Singh of Perfect Impressions says, “Tiger is my favorite action hero only because of the fact that he is an actor of perfection. Having inherited acting skills, he is a born actor with inherited oomph, style and grace.”

Speaking about her personal favourite, Suruchi Khanna, founder of Sanaa Couture says, “Whilst we can’t ignore that Tiger is super but my favourite action hero is Prabhas. With Bahubali, he raised the bar. Though he is a Sourthern star, but with Bahubali, he is very much part of Bollywood cinema as well.”

For young jewellery designer Musskan Agarwaal, Tiger is surely her favourite. “With a chiselled chest, perfect craft to art and dancer above perfection, the man is roaring high,” smiles Musskan.

On a conclusive note it looks like that the new breed of action heroes seem to be not only having a huge fan following but also a craze amongst people for their action, acting and dancing skills.