Watch: Arjun wonders what 'half girlfriend' is in first teaser of film

Arjun's character is seen reading an excerpt of the book 'Half Girlfriend' in the first teaser of the film. 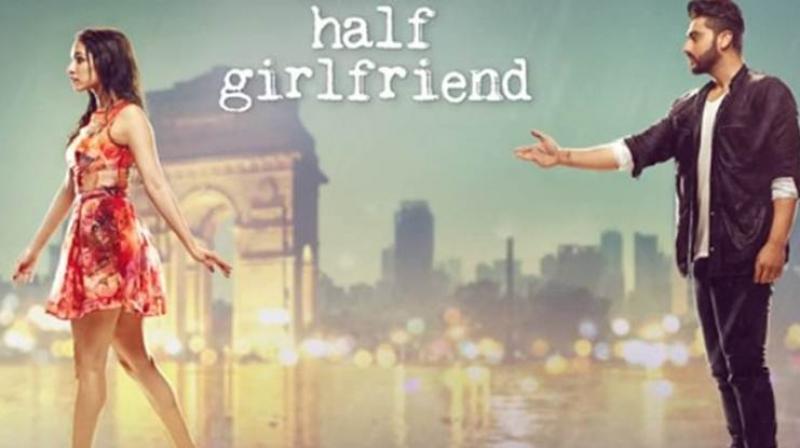 Arjun Kapoor and Shraddha Kapoor in a poster of 'Half Girlfriend.'

Mumbai: Studying in one of India’s finest colleges- St. Stephen’s College, Delhi- are two stark opposite characters and their inevitable attraction towards one another is every teenager's puppy love story. Directed by king of romance Mohit Suri, Arjun Kapoor as Madhav Jha is naïve and charming, with a raw energy that is enthralling.

Flipping through the pages of a Hindi novel, the awestruck lover is high praise for his uptown girl, who, he proclaims is ‘the hot mess’ of their college. As much as he wants to win her over, his own insecurities keep him at bay.

While Arjun looks slightly too mature to play the part of a college goer, his grip over Bhojpuri language and perfect execution of a typically innocent small-town lad is truly commendable. But his character’s look in the film is bit of a let down; the one that’s very similar to what he had in ‘Two States’.

The biggest highlight, however, is the question in the end: Yeh half girlfriend hota kya hai?