The making of a story

Ahead of the screening of her directorial debut, Konkona Sen Sharma gives a glimpse of the little details that made A Death in the Gunj. 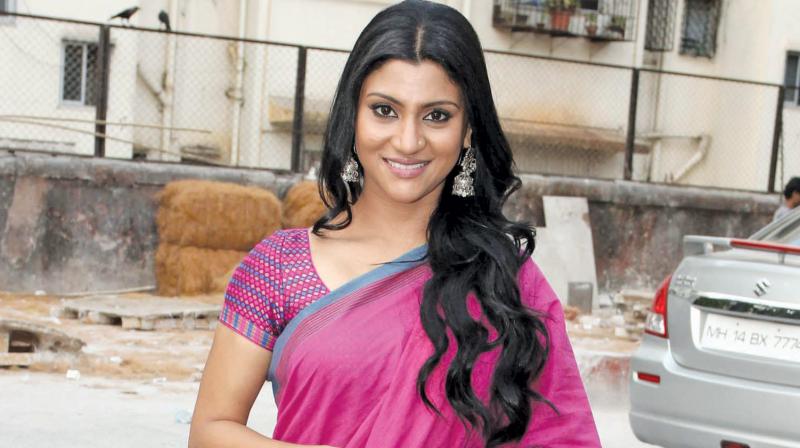 She may have proved her mettle as an actor, but this is the first time that Konkona Sen Sharma has moved behind the camera. A Death in the Gunj, her debut as a director, is the story about a family that embarks on a little holiday. “They go to a small town, McCluskie Gunj, and when you think everything is fine, something unexpected happens,” she says, giving us a glimpse into the film that is yet to have an India release. It has, however, made its way to international film festivals such as Toronto International Film Festival and Busan International Film Festival among others and Konkona also won the best female director at the Mumbai Film Festival (MAMI) 2016. Why McCluskie? “My parents used to have a holiday home in McCluskie Gunj, one where my grandparents also lived for a couple of years. It is a quiet and sleepy Anglo-Indian town. It’s also very picturesque and stands still on most days. It’s home to a lot of colonial houses and spaces,” she shares.

As a writer-director for the first time, recreating 1979 for the screen was the most fun aspect of the film, says Konkona, who was last seen in the Sonakshi Sinha starrer Akira essaying the role of a pregnant police inspector. The production of the film relied on memories of the locals, her own family and oral traditions. Ask her to slot the film in a genre, and Konkona isn’t too sure. “Maybe the story is too close to me,” she sighs, but confirms the film is largely an indie drama, “a-coming-of-age film that goes wrong.”

Konkona’s film is a fictionalised retelling of an incident that was experienced by her parents and their friends. “My father had told me the story of this incident on several occasions since I was eight or nine years old,” she recalls. Confessing that she took the liberty to alter some parts of the story, Konkona remembers the exact moment she knew she had to make a film on the story. “My house was undergoing renovation in Mumbai and I was in Delhi with my father. And, in the midst of a discussion, the story fleshed out deeper in my head and developed further. A lot of the story is inspired from true events, some are original thoughts and some are a part of my imagination — the film is an amalgamation of all,” the actress smiles.

She admits that listening to her father tell her countless stories through the years has, in a way or more, influenced her writing and directing style. “When a story is narrated to you, it leaves a deeper impact than reading a story. Hearing this story from my father multiple times has left a part of his storytelling technique in it — the way he uses certain embellishments, the way he creates suspense, little details. A part of him has rubbed off on the story,” she explains.

Following the screening of the film that takes place on Friday, April 7 at Liberty Cinemas, there will be a discussion with film critic Rajeev Masand, which would be an intimate one-on-one with the director and the writer of the film. However, Konkona isn’t sure what to expect out of this discussion. “It really depends on the mood of the audience, on whether they like the film. I’ll be happy to have an interesting conversation though,” she says.

While the film doesn’t have release dates as of now, the actress hopes to see a good commercial release. “I want it to be a world where we can release all sorts of films. Movies as short as these (1 hour 45 minutes) find it difficult to see a release. But it isn’t impossible — others have done it before us, we will too,” she concludes.